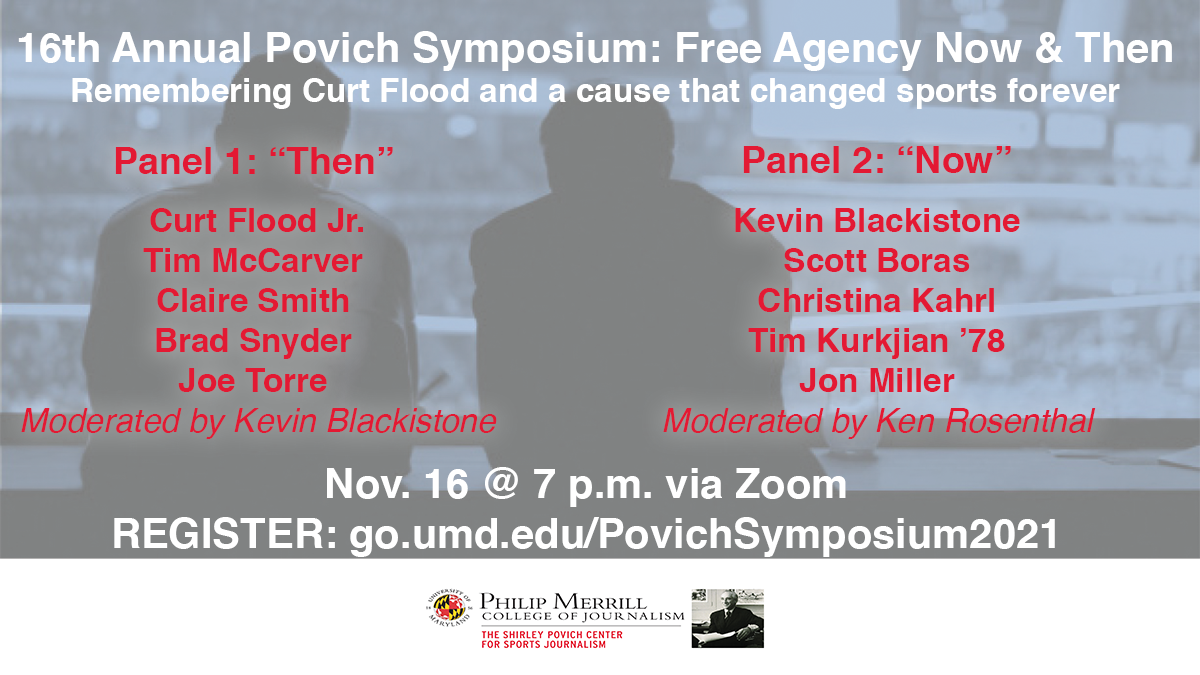 The "then" panel will explore why Flood’s fight for free agency was not embraced by players and media at the time. The panel will feature Curt Flood Jr., Curt Flood’s son; Tim McCarver, broadcaster of 16 World Series and teammate of Curt Flood; Claire Smith, Hall of Fame baseball journalist and co-director of Temple University’s Claire Smith Center for Sports Media; Brad Snyder, Georgetown University professor of law and author of “A Well-Paid Slave: Curt Flood’s Fight for Free Agency in Professional Sports”; and Joe Torre, Hall of Fame manager and teammate of Curt Flood. Merrill College Professor of the Practice Kevin Blackistone, a Washington Post sports columnist, will moderate the discussion.

“Curt Flood is one of the most transformative figures in sports history. His fight for free agency changed the power dynamic in sports forever,” said Povich Center director Mark Hyman, the inaugural George Solomon Chair in Sports Journalism at Merrill College. “On a historic anniversary, we’re pleased to bring together a group of the most celebrated baseball journalists, broadcasters, players and player agents to remember him and to consider the present and future of free agency.”

Due to the COVID-19 pandemic, the Povich Symposium will be held virtually. The event is free and open to the public, but registration is required: go.umd.edu/PovichSymposium2021

About The Shirley Povich Center for Sports Journalism: