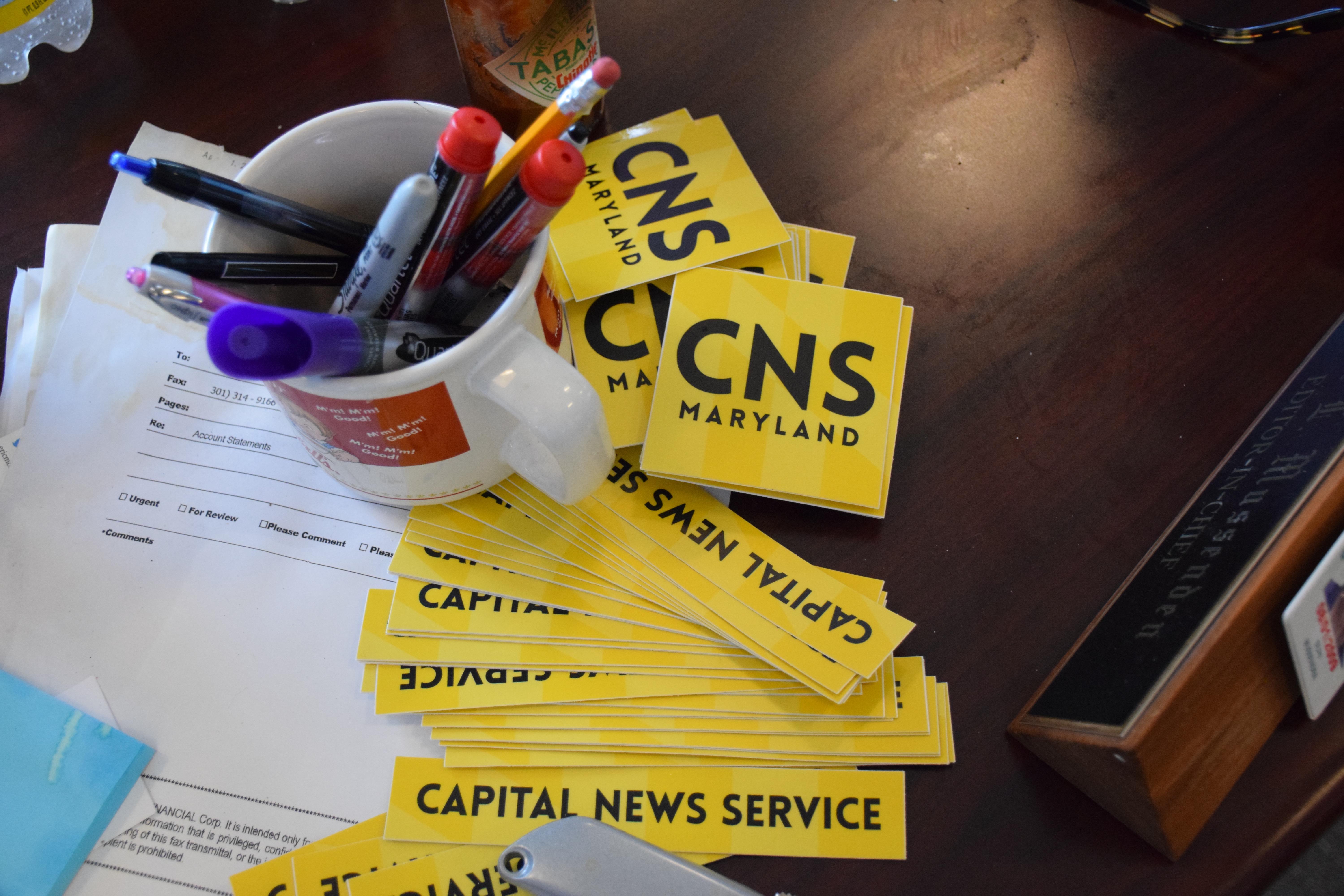 Founded in 1990, Capital News Service is a nonprofit, student-powered news organization run by the University of Maryland Philip Merrill College of Journalism.

With offices and news teams in College Park, Annapolis, Baltimore and Washington, our teaching hospital-style newsrooms are managed by full-time faculty members with distinguished careers as professional journalists.

Visit the CNS website to read its coverage of issues important to Marylanders.

CNS provides deeply reported, award-winning coverage of issues that are important to Marylanders. CNS “Inspires Maryland Pride” by providing coverage of the state few can offer.

We deliver news in multiple formats via partner news organizations, a destination website, an on-air and streaming television newscast, and affiliated social media channels. We provide breaking news coverage, in-depth investigative and enterprise journalism, visual storytelling opportunities and serve as a laboratory for students to test and develop innovative methods of reporting and storytelling.

In January 2017, CNS became a contributor to The Associated Press, allowing for worldwide story distribution.

When combined with affiliated courses, CNS has as many as 100 student journalists per semester at its disposal. CNS reporters have covered nine national political conventions, a terrorism trial at Guantanamo Bay Naval Base, the Super Bowl, the Sept. 11 attacks in Washington and New York, and the impeachment of President Donald Trump.

By providing a true newsroom experience to our students, the Capital News Service sends them into the job market with real-world skills and the ability to shape the future of journalism.

Capital News Service has offices and news teams in Baltimore, Annapolis, Washington and College Park. Each bureau and news team is directed by a professional journalist and educator. Students are treated as members of a working, professional newsroom.

CNS is led by Managing Director Marty Kaiser, who guided the Milwaukee Journal Sentinel to three Pulitzer Prizes while editor there from 1997 to 2015. Contact him at wmkaiser@umd.edu or 301-405-2428.

Located blocks from the Maryland State House, the CNS Annapolis bureau has more reporters dedicated to covering Maryland politics and policy than any other news organization in Maryland. The bureau is led by Director Karen Denny, a Merrill alumna (M.A. and B.A.) and former McClatchy-Tribune editor in Washington, D.C.

Master’s students and undergrads work as multimedia reporters. The bureau operates Tuesday-Friday in the fall and spring semesters.

Located in the Ronald Reagan Building near the White House and the U.S. Capitol, the CNS Washington bureau has more reporters dedicated to covering the federal government’s impact on Maryland than any other news organization in the state. Director James Carroll came to Merrill College after a long career as an an award-winning Washington correspondent, most recently as bureau chief for the Louisville Courier-Journal.

Master’s students and undergrads work as multimedia reporters. The bureau operates Tuesday-Friday during the fall and spring semesters.

Located on the third floor of Knight Hall on the University of Maryland campus, Studio C is the digital nerve center of the CNS operation. Students in the Data Lab develop innovative data-driven web applications, interactive graphics and in-depth web projects. They serve as lead producers for CNS’ destination website and help test innovative new ideas to advance the practice of journalism. Director Adam Marton is an award-winning journalist and graphic designer who spent 13 years at The Baltimore Sun.

Located on the third floor of Knight Hall, Studio C is home to the CNS audience engagement team. Students in this bureau work primarily as digital editors and audience engagement strategists, developing newsletters, creating social media content, analyzing digital metrics and formulating publishing strategies. Director Alexander Pyles, a Merrill College alumnus, spent more than a decade as a reporter and editor for news organizations, including The Baltimore Sun, before joining the college faculty.

CNS conducts deeply reported, data-driven investigations that focus on the impact of the political, social, environmental and financial cost of government policies in Maryland.

CNS conducts many of its investigative projects in partnership with the University of Maryland’s Howard Center for Investigative Journalism. The Howard Center, launched in 2019, gives Merrill College students the opportunity to work with professional news organizations across the country to report stories of national or international importance to the public. The center is directed by Kathy Best, whose long career in journalism includes leading The Seattle Times to two Pulitzer Prizes.

Located in the Richard Eaton Broadcast Center in Tawes Hall on the University of Maryland Campus, Studio A houses the broadcast arm of Capital News Service. Students produce video packages for our student-produced nightly news program, Maryland Newsline, which airs on the web and UMTV, where it is broadcast to more than 400,000 households in suburban Washington. The bureau also helps produce web video, text and multimedia packages. Director Mel Coffee has split his three-decade journalism career between newsrooms and classrooms. He spent 16 years as a reporter, anchor, producer and manager at local television stations in Dallas, Philadelphia, San Francisco and Denver. He’s also been a writer for CNN and participant in the international Fulbright Program.