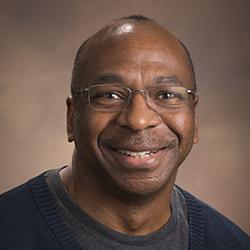 Mel Coffee, who has split his three-decade journalism career between newsrooms and classrooms, joined the University of Maryland Philip Merrill College of Journalism in 2019 to direct the Capital News Service Broadcast Bureau.

His full-time teaching career followed 16 years as a reporter, anchor, producer and manager at local television stations in Dallas, Philadelphia, San Francisco and Denver. He’s also been a writer for CNN and participant in the international Fulbright Program.

A Fulbright Scholar from September 2016 to July 2017 and a Fulbright Specialist in 2013 and 2018, Coffee used those awards to promote a free press in Zambia, where he helped the leading national broadcaster, ZNBC-TV, improve its investigative reporting and overall newsroom product.

Before that, he traveled 14 times to Zambia and Botswana with university colleagues to train television and radio journalists there to report on HIV and AIDS.