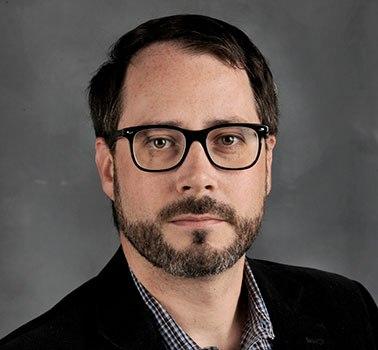 Adam Marton is an award-winning journalist and graphic designer who joined the Philip Merrill College of Journalism in 2018 after 13 years at The Baltimore Sun.

Marton is focused on quality storytelling across media, using design and technology to tell rich, human stories. He is a visual journalist and designer specializing in the presentation of the news, including data visualization, front-end development and information graphics.

Marton formerly worked at The Baltimore Sun as the senior editor of data and graphics. He led a design and development team focused on the creation of graphics, data visualization and editorial presentation. He designed many projects for The Sun, including “The 45 Minute Mystery of Freddie Gray’s Death,” which was a 2015 Pulitzer Prize finalist, as well as “Shoot to Kill” and “Bridging the Divide,” both finalists in the 2017 Online Journalism Awards.

Marton is a graduate of Towson University and the University of Baltimore’s publication design graduate program. He is a native Marylander and has lived in Baltimore City for nearly 20 years.