The fellowships are an extension of the Scripps Howard Foundation’s commitment to the success of the award-winning Howard Centers for Investigative Journalism, which are funded by the Foundation, and the education and professional development of emerging investigative journalists. The Foundation established the fellowship program in 2020 with an investment of up to $1.5 million in honor of Roy W. Howard, legendary journalist and news executive of The E.W. Scripps Company (NASDAQ: SSP).

The fellows are graduates of the Howard Centers at Arizona State University and the University of Maryland and were selected by the news organizations through a competitive process. They will spend the year working side by side with reporters and editorial leaders at their assigned newsrooms.

Fellowships are awarded and administered in two annual cycles – January through December and July through June. The first class of fellows was chosen in November 2020 and began their work with participating news organizations in January.

“Roy Howard firmly believed in the role and importance of journalism and free speech to a democratic society,” said Liz Carter, president and chief executive officer of the Scripps Howard Foundation. “We are proud to honor his legacy and commitment to the field, offering the next generation of investigative journalists real-world experiences to further develop their communication, collaboration, networking and leadership skills.” 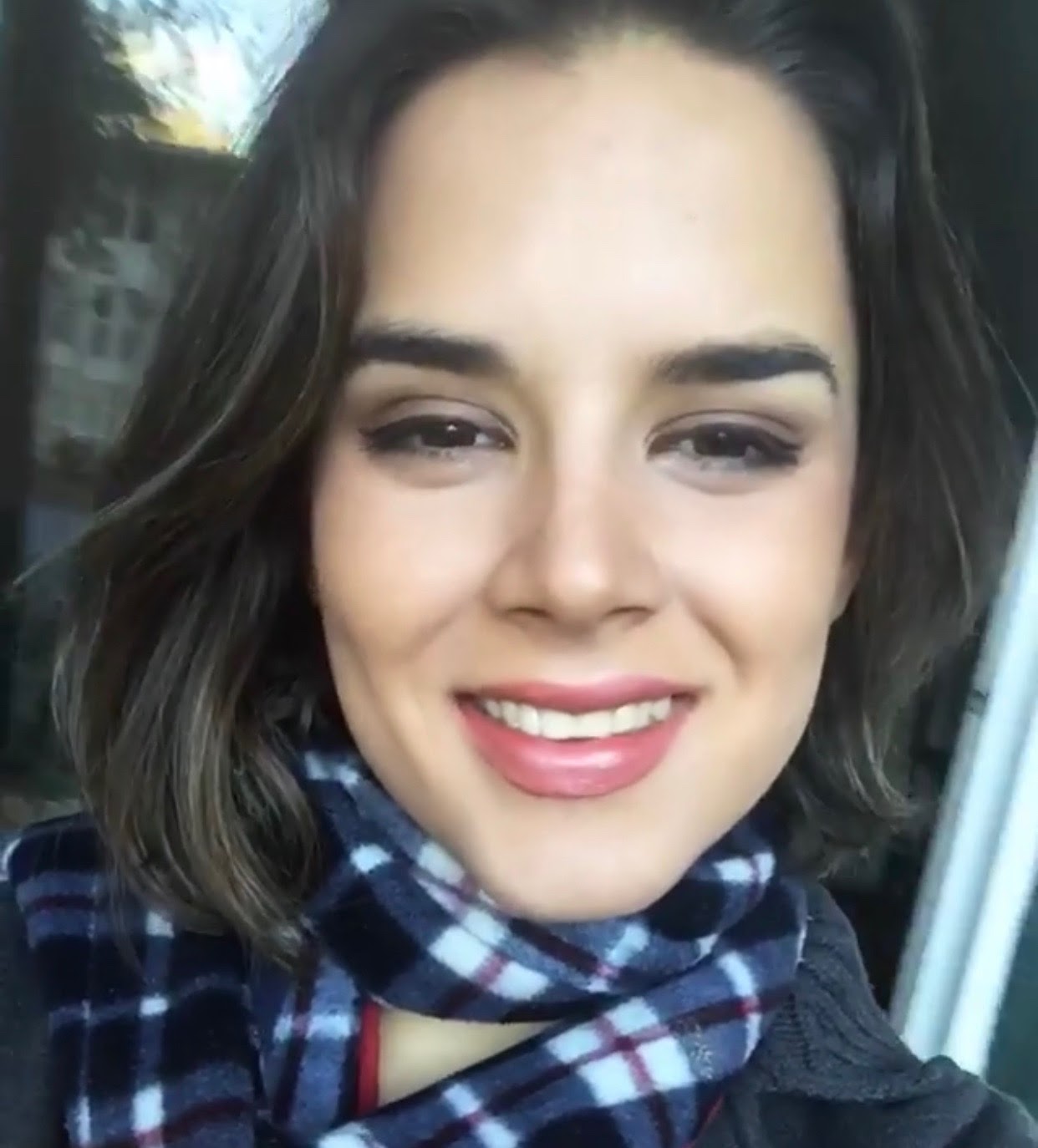 Perez Uribe Guinassi, a 23-year-old from Lima, Peru, graduated from North Carolina State University in 2017 with a bachelor’s degree in political science focused on international politics. She joined the inaugural class of Howard fellows at the Philip Merrill College of Journalism, earning her master’s degree from UMD in 2021. She played key roles as a reporter or data journalist in three Howard Center for Investigative Journalism projects, including one examining the failure of state and federal governments to protect legal migrant seafood workers from COVID-19. The investigation allowed her to take advantage of her fluent Spanish and her coding skills. She also worked in the Capital News Service Washington Bureau, covering immigration and the 2020 presidential election. She will be the Roy W. Howard fellow at Searchlight New Mexico starting in summer 2021. 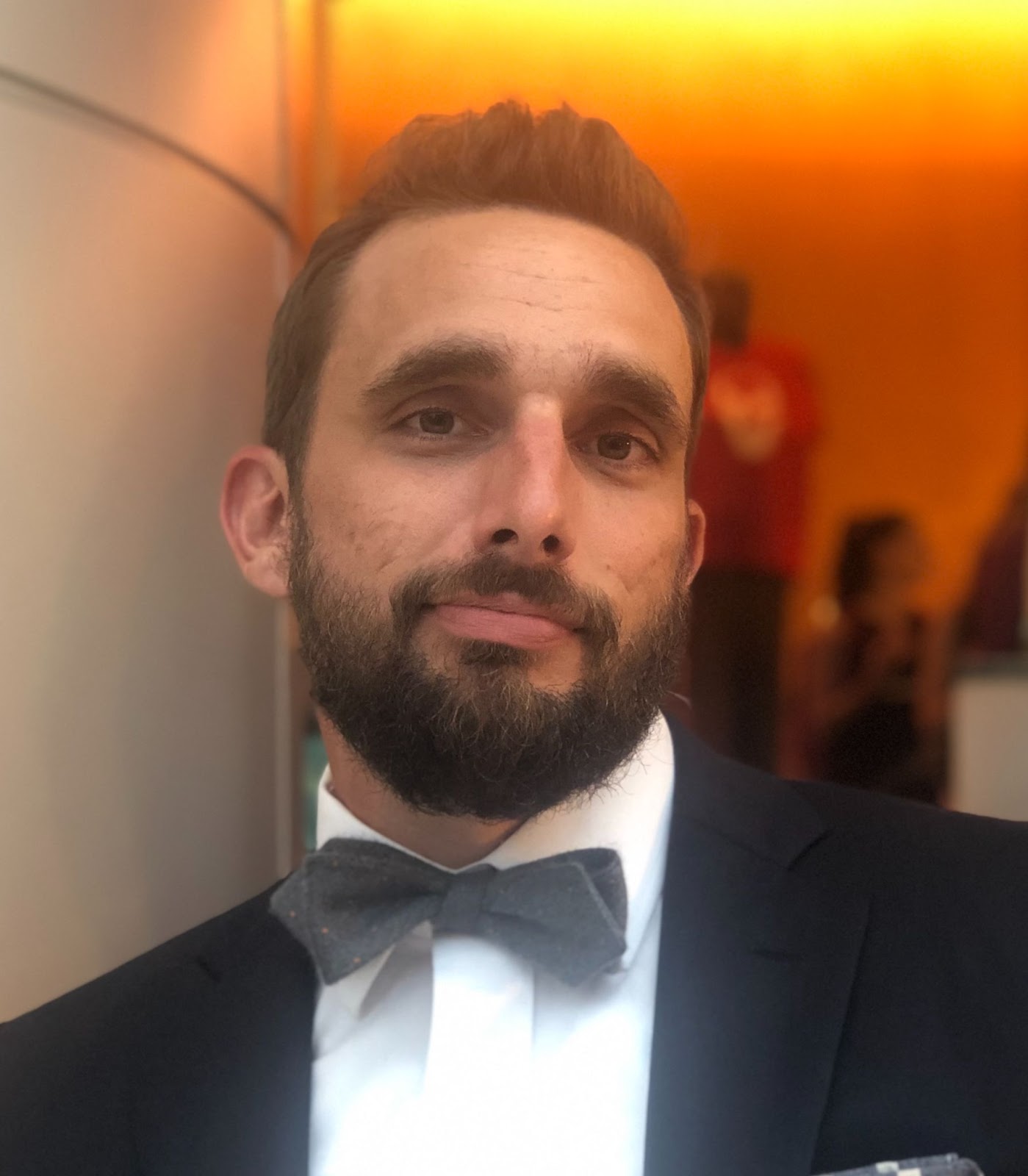 Little, 35, earned his undergraduate degree in journalism from the University of Central Florida in 2011 and worked in newsrooms there before enrolling in the master’s in journalism program at the Philip Merrill College of Journalism. Before he graduated in 2020, he was the lead writer on the Howard Center’s award-winning investigation of the criminalization of homelessness. As a data journalist, he wrote code that allowed the center to scrape court cases, proving that people were being illegally evicted during the pandemic. He collaborated with Big Local News at Stanford University on a nationwide court-scraping project, did data work for The Associated Press on elections and worked with ProPublica on contract after graduating. He will be the Roy W. Howard fellow at Mother Jones starting in summer 2021. 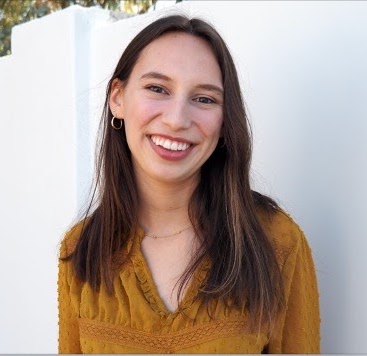 Oldham, a 22-year-old from Dallas, earned two degrees from the Walter Cronkite School of Journalism and Mass Communication at Arizona State University. In May 2020, she completed her bachelor's degree in journalism, and in May 2021, she earned a master's in mass communication. While pursuing her degrees, she also contributed to a documentary on youth suicide in Arizona, reported on local humanitarian-aid efforts at the U.S. southern border with Mexico and spent two semesters working in the Howard Center for Investigative Journalism, where she helped report an award-winning story on a botched sex-trafficking investigation by federal Homeland Security Investigations agents. Oldham also held multiple internships at The Arizona Republic, reporting on state politics and higher education. She will be the Roy W. Howard fellow at Reveal from The Center for Investigative Reporting starting in summer 2021. 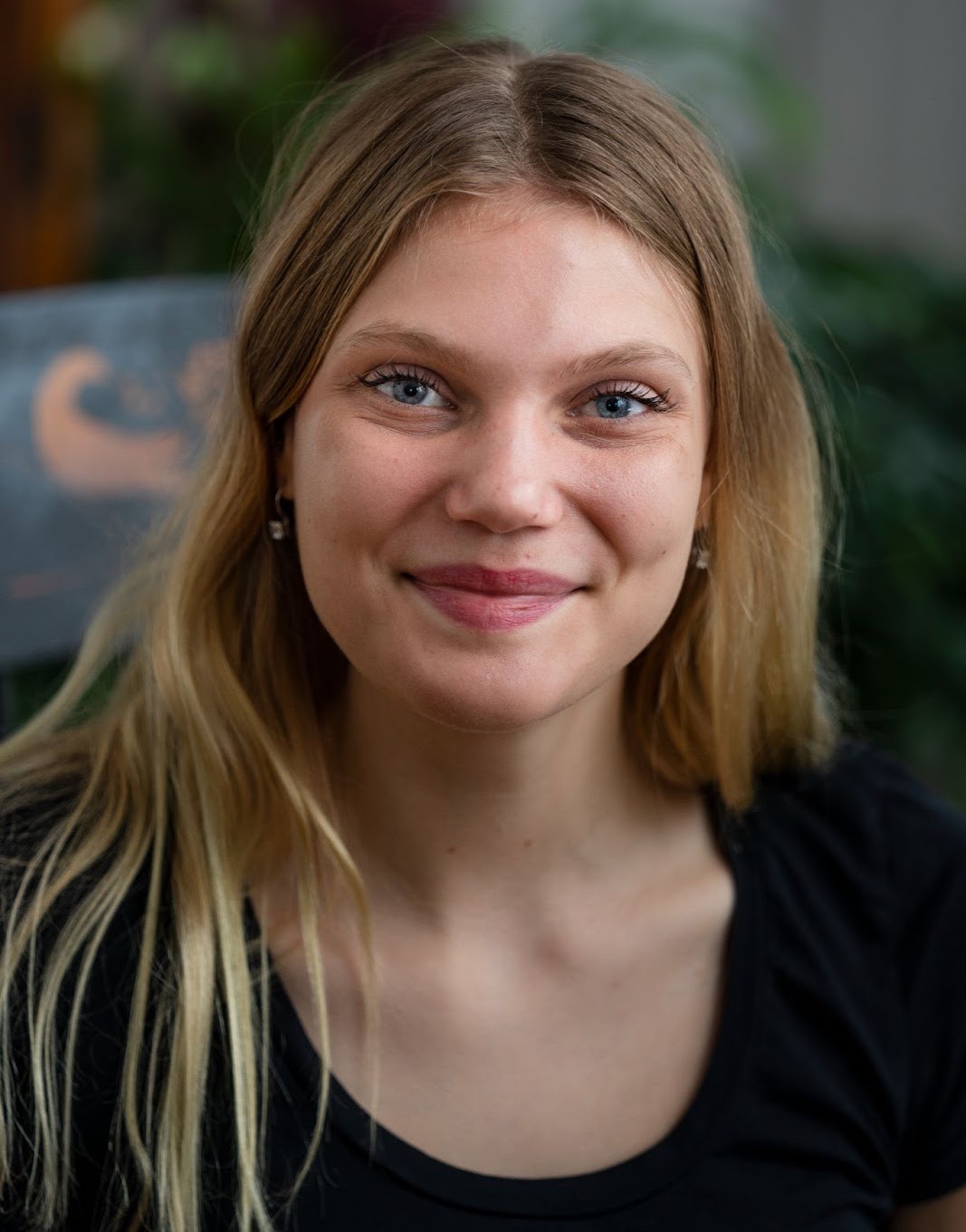 Todd, a 24-year-old from Eugene, Oregon, graduated from Cornell University in 2019 with a bachelor’s degree in communication and earned her master’s degree in journalism from the Philip Merrill College of Journalism in 2021. While working in the Howard Center for Investigative Journalism, she worked with the center’s visiting professional to produce a five-part investigation on the impact of saltwater intrusion along the East Coast. She was also the lead writer on the center’s investigation of the Occupational Safety and Health Administration’s failure during the pandemic to protect essential workers at Walmart, the nation’s largest private employer. She covered campaign finance and police surveillance for the Capital News Service Washington Bureau. She will be the Roy W. Howard fellow at KUOW in Seattle starting in summer 2021. 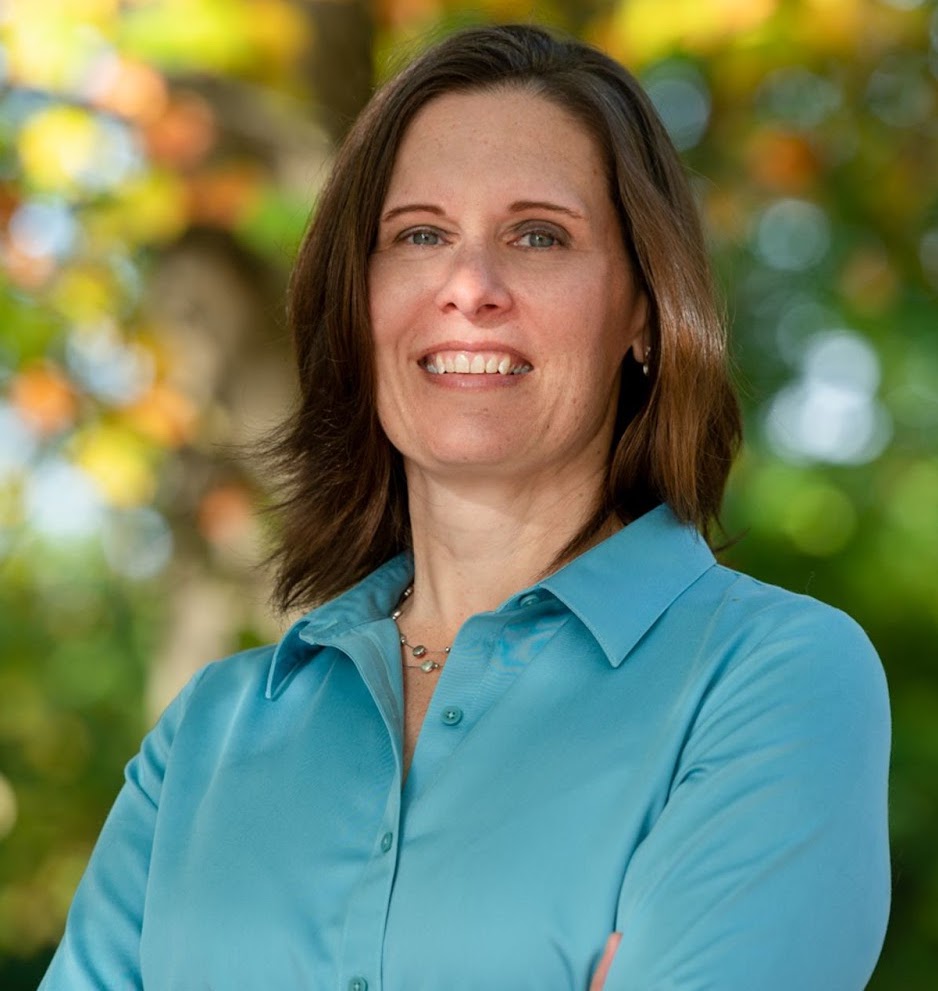 Wintrode, 49, is a native of Shrewsbury, Massachusetts, and earned her bachelor’s degree in business administration at Bryant University in Rhode Island. After switching careers from finance, she was named the Philip Merrill College of Journalism’s outstanding master’s student when she graduated in 2020. As a reporter for the Howard Center, Wintrode was the lead writer on the award-winning investigation of the federal CARES Act’s failure to prevent evictions during the pandemic. She was also a key reporter on the center’s investigation of homelessness, documenting how cities treated people living in encampments. She covered Maryland state government for Capital News Service and was a data journalist for Maryland Matters. She will be the Roy W. Howard fellow at the Wisconsin Center for Investigative Journalism starting in summer 2021.

About the Scripps Howard Foundation

The Scripps Howard Foundation supports philanthropic causes important to The E.W. Scripps Company (NASDAQ: SSP) and the communities it serves, with a special emphasis on journalism education, excellence in journalism and childhood literacy. At the crossroads of the classroom and the newsroom, the Foundation is a leader in supporting journalism education, scholarships, internships, minority recruitment and development and First Amendment causes. The Scripps Howard Awards stand as one of the industry’s top honors for outstanding journalism and the Foundation’s annual “If You Give a Child a Book …” childhood literacy campaign has distributed more than 500,000 new books to children in need across the nation since 2017. In support of its mission to create a better-informed world, the Foundation also partners with Scripps brands to create awareness of local issues and support impactful organizations to drive solutions that help build thriving communities.

About The E. W. Scripps Company

The E.W. Scripps Company (NASDAQ: SSP) is a diversified media company focused on creating a better-informed world. As the nation’s fourth-largest local TV broadcaster, Scripps serves communities with quality, objective local journalism and operates a portfolio of 61 stations in 41 markets. The Scripps Networks reach nearly every American through the national news outlets Court TV and Newsy and popular entertainment brands ION, Bounce, Grit, Laff and Court TV Mystery. Scripps is the nation’s largest holder of broadcast spectrum. Scripps runs an award-winning investigative reporting newsroom in Washington, D.C., and is the longtime steward of the Scripps National Spelling Bee. Founded in 1878, Scripps has held for decades to the motto, “Give light and the people will find their own way.”