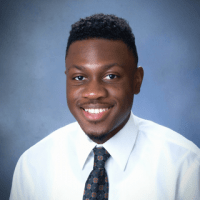 Daniel Oyefusi '19 covers the Dolphins for the Miami Herald.

Prior to joining the Herald, Daniel served as the Ravens and sports breaking news reporter for The Baltimore Sun. Daniel graduated from Merrill with a bachelor of arts in Multiplatform Journalism and a minor in Law and Society. While at Merrill, he covered Maryland football for The Left Bench and the Maryland General Assembly for Capital News Service. Daniel also served as president of the Maryland Association of Black Journalists, the university's student chapter of the National Association of Black Journalists, as well as co-editor-in-chief of The Black Explosion, the university's first and only Black newspaper since 1968.