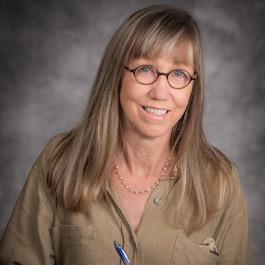 Deborah Nelson is a Pulitzer Prize-winning journalist who joined the Merrill College faculty in 2006 after five years as the Washington investigations editor for The Los Angeles Times. Before that, she reported for The Washington Post, The Seattle Times and Chicago Sun-Times.

Nelson coauthored a Pulitzer-winning series in Seattle that exposed widespread problems in the federal government’s Indian Housing Program. She coedited Pulitzer-winning series at the L.A. Times on the deadly accident record of the Marine Harrier, and at The Post on the deaths of more than 200 children under the watch of child protective services. Her science reporting also has received national honors. As a freelance reporter for Reuters, she recently coauthored “The Uncounted,” on antibiotic resistance, and “Water’s Edge,” on the present-day consequences of climate change. The articles won awards from the Society of Professional Journalists, National Press Club, National Academies of Sciences and American Association for the Advancement of Science.

Her critically acclaimed book, “The War Behind Me” (Basic Books 2008), documents the coverup of U.S. war crimes in Vietnam and profiles the soldiers who tried to stop the atrocities.

Nelson has a J.D. from DePaul University College of Law and a B.S. in Journalism from Northern Illinois University. She also has a Graduate Certificate of Professional Studies in Multimedia Journalism from Merrill College.

Students in her investigative reporting course have produced their own award-winning work. Each spring, they tackle a national issue with local impact. Recent topics include human trafficking, rising seas and working poor. In her media law course, students learn their rights while pursuing freedom of information requests for Capital News Service and professional news outlets.

– Media and the law: Freedom of information, First Amendment

– Media Law and Ethics in the Digital Age” JOUR289E