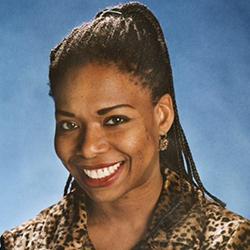 DeNeen L. Brown joined the University of Maryland Philip Merrill College of Journalism faculty in 2019 after more than three decades at The Washington Post.

Since coming to UMD, she has continued to write for The Post, including a series of stories on the deadly 1921 Tulsa Race Massacre, which led to the city’s mayor reopening an investigation into suspected mass graves.

Among other jobs at The Post, Brown has covered police, courts and education, and was a foreign correspondent. She was a staff writer in The Post’s Metro and Style sections and a staff writer for The Washington Post Magazine. Brown has earned national recognition for writing narratives about the middle class, the homeless, culture, race, Black history, urban gentrification, poverty and the environment.

As The Post’s Canada bureau chief from 2000 to 2004, she traveled throughout the Canadian Arctic and Arctic Archipelago to write about climate change, melting permafrost, receding glaciers, indigenous populations and cultural erosion. She also has written dispatches from an icebreaker in the Northwest Passage, and covered stories from Greenland and Haiti.

Brown is a former Knight Fellow and Washington Post Media Fellow at Duke University. She has taught writing seminars at Harvard’s Nieman Conference on Narrative Journalism and has been a guest lecturer on narrative writing at the Poynter Institute for Media Studies in Florida.

She’s taught writing at National Writers Workshops around the country and at the American Association of Sunday and Feature Editors conference. She was also an adjunct journalism instructor at Georgetown University.

Brown holds a bachelor’s degree in journalism from the University of Kansas.