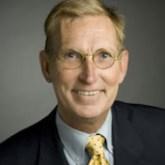 Edward Alwood is a former CNN correspondent who reported on the White House, Congress and various federal agencies. Prior to that, he reported for WTTG-TV (Channel 5) in Washington, D.C.

His reporting and documentary work earned him six Emmy nominations, the Janus Award for Financial News Reporting, a Broadcasting Excellence Award from United Press International, and an Outstanding Feature Award from The Associated Press. He has also written for The Christian Science Monitor, The Washington Post and the Hartford Courant.

Alwood is published in several academic journals and has written two books, including “Dark Days in the Newsroom: McCarthyism Aimed at the Press,” which won the prestigious Tankard Book Award from the Association for Education in Journalism and Mass Communication. His previous book on the news media was named a Notable Book of the Year by The New York Times.

He earned a Ph.D. from the University of North Carolina. In 2010, he was named a Fulbright Scholar and taught at the American University in Bulgaria. He is an Emeritus Professor of Journalism at Quinnipiac University.