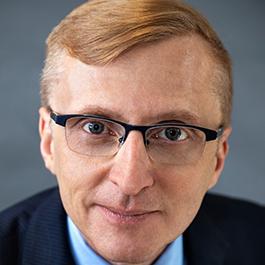 Jerry Zremski became a lecturer at the Philip Merrill College of Journalism in July 2022, when he was brought in to lead the college's new local news initiative.

Zremski had been Washington bureau chief of The Buffalo News since January 2007 and upon being hired at Merrill, became a part-time enterprise reporter at the publication. A professional journalist since 1982, Zremski joined The Buffalo News in 1984 as a business reporter and has been a Washington reporter for the News since 1989. He focuses his coverage on federal issues that are particularly important to readers in Buffalo, as well as the Western New York House delegation and New York’s two senators.

Zremski also traveled across the country and the world to cover stories important to Buffalo. He has written extensively on the past five presidential elections and has covered seven political conventions. He traveled to France twice in 2001 to cover the capture and extradition of James Kopp, who was later convicted of murdering a Buffalo-area abortion provider. Zremski also served as an embedded correspondent during the Iraq War. In 2015, he began work on “From Burma to Buffalo” — a series that brought him to Buffalo 20 times over two years for visits ranging from three days to two weeks. Zremski also spent six weeks in Asia reporting the series.

“From Burma to Buffalo” won the Society of Professional Journalists’ Sigma Delta Chi award for non-deadline newspaper reporting in 2017. In addition, in 2018, the Washington Press Club Foundation awarded Zremski the David Lynch Memorial Award for Excellence in Congressional Reporting for his coverage of Rep. Chris Collins. Collins was later arrested and charged with felony insider trading in a federal indictment that cited Zremski’s reporting.

On top of his reporting duties, Zremski was an adjunct professor of journalism at the University of Maryland. He previously taught at The George Washington University.

A native of Elkland, Pennsylvania, and current resident of Washington, D.C., Zremski earned a bachelor’s degree in newspaper journalism from Syracuse University in 1982. He also holds a master’s degree in political science from American University. Zremski spent the 1999-2000 academic year as a Nieman fellow at Harvard University, where he studied economics and politics.