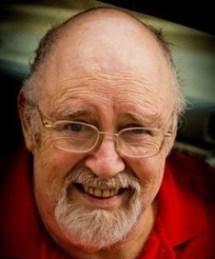 Jon Franklin is a well-known pioneer in creative nonfiction. His innovative work in the use of literary techniques in the nonfiction short story, novel and explanatory essay won him the first Pulitzer prizes ever awarded in the categories of feature writing (1979) and explanatory journalism (1985).

Born in Enid, Oklahoma, in January 1942, he grew to adulthood traveling around the Southwest. He spent eight years (1959-67) as a journalist in the U.S. Navy, serving aboard several aircraft carriers in the Far East and, finally, as a staff writer for All Hands Magazine.

Leaving academia, he moved to Raleigh, North Carolina, and served as a narrative writer, special assignments editor and writing coach for the Raleigh News and Observer.

In 2001, Franklin returned to the University of Maryland as the first Merrill Chair in Journalism.

“He is one of the greatest practitioners and teachers of feature writing in all of journalism,” Professor Gene Roberts said at the time. “Having him return to Maryland is another great step in making the University of Maryland College of Journalism one of the finest in the nation.”

He retired as a professor emeritus in July 2010.

Read a Neiman interview with Jon Franklin in 20014.