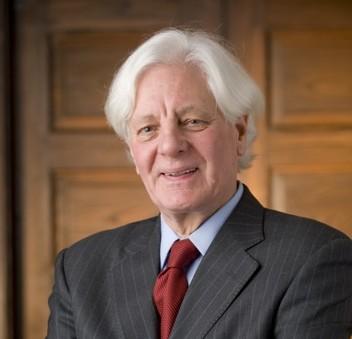 Kevin Klose is a former editor, and national and foreign correspondent with The Washington Post. He is an award-winning author and worldwide broadcasting executive. Klose served as dean of the Merrill College from April 2009 to July 2012 and was then a tenured professor until he retired at the end of the Winter 2020 semester. He was named Professor Emeritus in January 2021. He came to Merrill from his post as president emeritus of National Public Radio, where he served as president from 1998 to 2008. Klose served as president and CEO of Radio Free Europe/Radio Liberty from 2012-14.

Prior to joining NPR, Klose served successively as director of U.S. international broadcasting, overseeing the U.S. government’s global radio and television news services (1997-98) and president of Radio Free Europe/Radio Liberty (RFE/RL), broadcasting to Central Europe and the former Soviet Union (1994-97). He joined RFE/RL in 1992 as director of Radio Liberty, broadcasting to the former Soviet Union in its national languages. Among his achievements, he relocated RFE/RL from Munich to Prague and helped devise and implement a strategy to refocus the mission of all U.S.-funded international broadcasting and update operations.

Klose previously was an editor and reporter at The Washington Post for 25 years, serving as city editor, Moscow bureau chief, Midwest correspondent and deputy national editor.