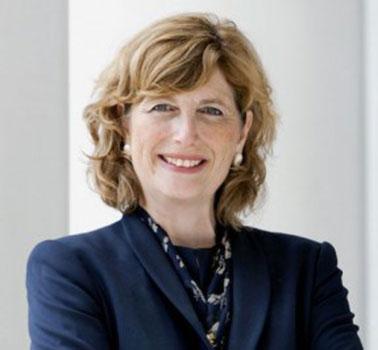 Lucy A. Dalglish became dean of the Philip Merrill College of Journalism in 2012.

Dalglish was awarded the 2021 Scripps Howard Award for Administrator of the Year by the Scripps Howard Foundation and the Association for Education in Journalism and Mass Communication.

Dalglish was executive director of the Reporters Committee for Freedom of the Press from 2000-12. The Reporters Committee provides pro bono legal representation, amicus curiae support, and other legal resources to protect First Amendment freedoms and the newsgathering rights of journalists.

Prior to assuming the Reporters Committee position, Dalglish was a media lawyer for almost five years in the trial department of the Minneapolis law firm of Dorsey & Whitney.

From 1980-93, Dalglish was a reporter and editor at the St. Paul Pioneer Press. As a reporter, she covered beats ranging from general assignment and suburbs to education and courts. During her last three years at the Pioneer Press, she served as night city editor, assistant news editor and national/foreign editor.

Dalglish was awarded the Kiplinger Award by the National Press Foundation in 2012 for her service to journalism. She was also awarded the Wells Memorial Key, the highest honor bestowed by the Society of Professional Journalists, in 1995. A year later, she was one of 24 journalists, lawyers, lawmakers, educators, researchers, librarians and historians inducted into the charter class of the National Freedom of Information Act Hall of Fame in Washington, D.C.

Dalglish is a frequent speaker at continuing legal education programs around the country, for the American Bar Association and the Practicing Law Institute, on issues of First Amendment law and journalism ethics.

Dalglish appears frequently in print, online and broadcast stories about issues involving the media and the First Amendment. She has been a national leader in supporting open-meeting and open-records laws at the state and federal level, as well as a key player in the effort to pass state and federal reporters “shield laws.” She serves on the board of the News Leaders Association, formerly known as the American Society of News Editors.

Dalglish earned a juris doctor degree from Vanderbilt University Law School in 1995; a master of studies in law degree from Yale Law School in 1988; and a bachelor of arts in journalism from the University of North Dakota in 1980. While attending UND, Dalglish worked as managing editor of the Dakota Student, and as a reporter and editor for the Grand Forks Herald. She lives in McLean, Virginia, with her husband, Mark McNair.