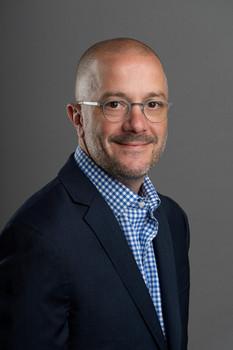 Nick Pietruszkiewicz is a 2000 graduate of the College. He also holds a Master’s in Journalism from the University of Alabama. For the past 12 years, he has held a variety of different roles at ESPN, guiding coverage of Major League Baseball, college basketball and golf for ESPN’s digital platforms. He served a stint in audience engagement and played a role in the early stages of the company’s social media strategy. Among the accomplishments he is most proud includes teaching Maryland alum Tim Kurkjian how to use Twitter. Before arriving at ESPN, he spent seven years as a reporter covering the Chicago Cubs and White Sox, college athletics and preps at the Northwest Herald in the Chicago Suburbs. During his time there, he won three Associated Press Sports Editor’s awards for his reporting work. Over the past eight years, he has been an adjunct professor at Quinnipiac University, where he designed the school’s first graduate-level sports reporting class and has taught numerous Master’s classes in multimedia journalism. He lives in West Hartford, CT, with his wife, Dana, and their dog Birdie. In his wife’s one visit to campus, she did not rub Testudo’s nose. The next day, a tree fell on their house. She now Fears the Turtle.