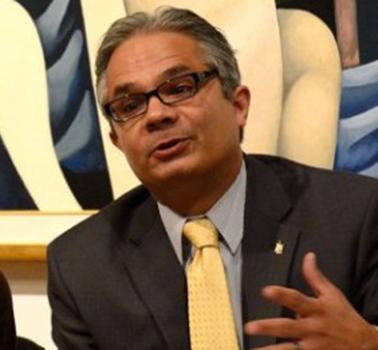 Rafael Lorente is the associate dean for academic affairs and the director of the master’s program. Previously, he served as director of the Capital News Service Washington, D.C., and Annapolis bureaus.

Lorente, a 1998 Merrill master's alum, is a former reporter with the South Florida Sun Sentinel and Miami Herald. As a reporter in Washington for the Sun Sentinel, Lorente covered the 2000 and 2004 presidential elections, the attacks of Sept. 11 and U.S. foreign policy toward Latin America, particularly Cuba.