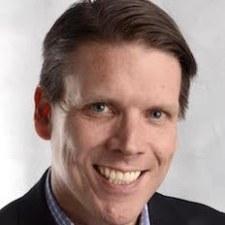 Robert Little is a longtime investigative reporter and editor who leads the investigations team at NPR in Washington. He works with reporters, producers, and editors to create investigative stories for all of NPR’s broadcast and digital platforms.

Under his leadership, the team has won most of the top awards in broadcast journalism, including the Peabody Award, the DuPont-Columbia Award, the IRE Medal, the Edward R. Murrow Award, the Gerald Loeb Award and many others.

Before joining NPR, Little spent 15 years at The Baltimore Sun. As a reporter he covered breaking news and enterprise stories across the country and around the world, including the 2001 terrorist attacks, Hurricane Katrina, the war in Iraq and the 2010 earthquake in Haiti.

His stories about trauma care in combat prompted the Department of Defense to distribute tourniquets to every deployed soldier and Marine worldwide. He’s won numerous local and national journalism awards, including the George Polk Award for his investigative reporting in Iraq.

Prior to The Baltimore Sun, Little reported for The Virginian-Pilot and The Carroll County Times.