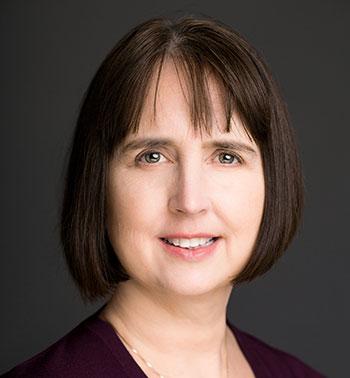 Sarah Oates is a scholar in the field of political communication and democratization. A major theme in her work is the way in which the traditional media and the internet can support or subvert democracy in places as diverse as Russia, the United States and the United Kingdom. Oates also is the research director for the college and an affiliate professor in the UMD Department of Communication.

Oates has published many books, articles, chapters and papers on topics including how the internet can challenge dictatorship, how election coverage varies in different countries and how national media systems cover terrorism in distinctive ways. One of her most recent books, “Revolution Stalled: The Political Limits of the Internet in the Post-Soviet Sphere” (Oxford University Press), found faint hope for online mobilization in Russia. She teaches undergraduates, graduates and supervises doctoral dissertations in digital politics, political communication and journalistic norms. Her current work examines how political messages travel through media ecosystems, analyzing why some stories gain more attention than others from audiences. This includes work on how Donald Trump gained huge public attention via the media in the 2016 election. Click here to download.

Before embarking on her academic career, Oates was a journalist who published in outlets ranging from the Orlando Sentinel to The New York Times. She has lived, studied and worked in Scotland and Russia. You can view more about her work and download selected work at www.media-politics.com. You can follow her on Twitter @media_politics. She frequently comments on politics for the BBC.

Research Interests
Media and democratization, especially the role of the internet in nonfree states. Elections and campaigns in the U.S., Russia and United Kingdom. Media and crisis, in particular the framing of terrorist threat.

"Revolution Stalled: The Political Limits of the Internet in the Post-Soviet Sphere." 2013. Digital Politics series at Oxford University Press. ISBN 978-0199735952

Political Challengers or Political Outcasts?: Comparing Online Communication for the Communist Party of the Russian Federation and the British Liberal Democrats. 2012. Europe-Asia Studies 64(8): 1463–1488.

Comparing the Politics of Fear: The Role of Terrorism News in Election Campaigns in Russia, the United States and Britain. 2006. International Relations 20(4): 425-437.