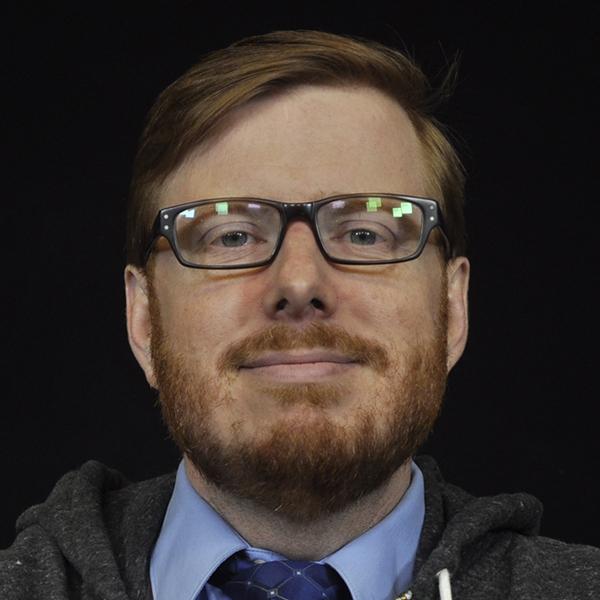 Before joining the Howard Center, Mussenden was digital director of Capital News Service, a 25-year-old student-powered news organization that covers the state of Maryland from bureaus in Annapolis, Washington and College Park. Under the direction of Mussenden and three other faculty members, students produce professional-quality stories for a wire service that serves 50 news organizations in Maryland, a destination website (CNSMaryland.org) and a nightly public-affairs news TV show.

As a private consultant and journalism educator, he has helped train journalists and news organizations around the world (from Boston to Ukraine to Pakistan) to find stories in data, to use data visualization to tell stories and to use social media effectively.

He began his journalism career at Merrill College. Before graduating in 2000, he worked as an intern at The (Annapolis) Capital, as an intern for American Journalism Review and as a student reporter in the Capital News Service Annapolis bureau.

From 2000-05, he worked as a statehouse reporter, business desk reporter, Florida-roving general assignment reporter and Washington correspondent for the Orlando Sentinel. His stories for the Orlando Sentinel regularly appeared in The L.A. Times, Chicago Tribune and The Baltimore Sun. Before joining the Merrill College faculty in 2009, he was a senior multimedia Washington correspondent and web producer/editor for Media General News Service, a newswire serving 1 million readers in the U.S. Southeast.

He has a master’s degree in public affairs reporting from the University of Maryland (Philip Merrill College of Journalism, 2000) and a bachelor’s degree in history and public policy from St. Mary’s College of Maryland (1999). He was awarded a Paul Miller Washington Reporting Fellowship (2006) and a Scripps Howard Journalism Entrepreneurship Fellowship (2014). He has completed post-graduate coursework in web usability, web design, information architecture, data visualization and media entrepreneurship at the University of Maryland (Merrill College and College of Information Studies/iSchool) and the USDA Graduate School.

Selected Stories Produced by Students Under His Direction

Sea Level Rise in Maryland: What’s at Risk (2013)
Synopsis: Sea levels are rising worldwide, but they are rising two to three times faster in the Chesapeake Bay. A new analysis by Capital News Service finds that nearly a million Maryland residents live in neighborhoods that could be affected. Some of the state’s most iconic places — Fells Point in Baltimore, Harriet Tubman’s birthplace and Fort McHenry, home of the national anthem — are at risk. With an interactive map that allows users to see how rising seas could affect their neighborhoods.
Students: CNS Staff
Coeditors: Deb Nelson, Sandra Banisky and Bethany Swain
SPJ Mark of Excellence Awards: Best Use of Multimedia, National Finalist; Best Use of Multimedia, Region 2 Winner; Online News Reporting, Region 2 Finalist

The Other Redskins (2013)
Synopsis: The Washington, D.C., NFL team is not the only one facing questions about using the name Redskins. High schools across the country are debating whether to continue using the controversial mascot. A three-month Capital News Service investigation found the NFL team was using incorrect information about use of the name by high schools in an attempt to justify its continued use of a name many consider a racist anachronism.

Baltimore’s Forgotten Champions: an Oral History (2014)
Synopsis: In the middle of a snowy March night in 1984, the Baltimore Colts decamped for Indianapolis, leaving behind a betrayed fanbase. The NFL returned to the city 12 years later with the Baltimore Ravens, a franchise that has won two Super Bowls over the last two decades. In between, the city had another championship team. A team that brought professional football back to a city stung by the loss of the Colts. A team that paved the way for the Ravens. A team few in Baltimore remember vividly. The Baltimore Stallions were born from nothing, captured the hearts of a football-starved city, became the only American team to win the Canadian Football League’s Grey Cup and one of the most successful expansion franchises in sports history. They left town as an afterthought.

All of this happened within two years. Largely forgotten, the Stallions’ tale is one of the strangest in professional football history.

Longreads.com College Longreads Pick of the Week: “How to do oral history the right way” (Feb. 2014)

Maryland Families: Falling Behind(2012)
Synopsis: The recession continues for the state’s working class households. The number of Maryland families who need government help to make ends meet has reached record levels. More than 700,000 people receive food assistance, the most in state history. A record 70,000 people depend on emergency cash assistance. Yet state and federal officials are budgeting less money for the safety net in the coming fiscal year. The move reflects the government’s confidence in the economic recovery.

How Safe Is Your Food?(2011)
Synopsis: Foodborne illness strikes tens of millions of Americans each year — killing thousands — because the nation’s food safety system is dangerously fragmented, underfunded, undercut by politics and overwhelmed by a rising tide of food imports. A News21 investigative partnership between the University of Maryland and the University of Arizona.

Six surprising things about Maryland Defensive Terps Lineman A.J. Francis (2012)
Synopsis: It’s Mike Francis’ day to play stay-at-home dad. His wife, Carrie Francis, is at work, leaving him to look after their 3-year-old son until he heads off to stock shelves at Walmart. Shots fire. Before Mike can figure out what’s going on, a man bursts through the front door of the family’s Severn home, sprints through the living room and darts out the back. Mike rushes to the front window and sees a man with a pistol walking up his driveway. “Wait, wait, wait!” Mike screams. “He don’t live here! He don’t live here!”

Which Maryland High School is Best? It Depends on How You Define Best. An Interactive Look at High School Rankings. (2014)
Synopsis: Many websites rank high schools in Maryland, using factors like teacher quality and test scores. What they don’t tell you: Minor changes in how those factors are prioritized — or weighted — can lead to big changes in a school’s ranking. CNS reporter Karen Mawdsley gave users the opportunity to learn that firsthand, by developing an innovative schools ranking interface that allowed them to prioritize what they considered important.