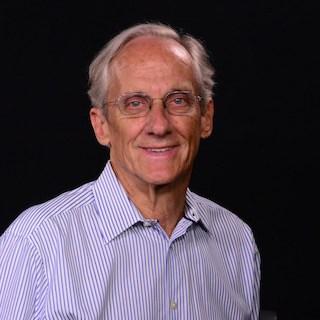 Tom Bettag, best known as the executive producer for ABC News "Nightline" with Ted Koppel, is a lecturer at the Philip Merrill College of Journalism. He originally came to the college as the Eleanor Merrill Distinguished Visiting Fellow.

Among his professional experiences are 22 years with CBS News, which included working as a producer for CBS Radio, CBS Morning News, CBS Evening with Walter Cronkite, "60 Minutes" and serving as executive producer of the CBS Evening News with Dan Rather from 1986-91.

From CBS, he moved to ABC News, where he was executive producer of ABC News "Nightline" with Ted Koppel from 1991-2006, including three years overseeing ABC This Week with George Stephanopoulos. For three years, he worked as executive producer for “Koppel on Discovery” and produced news documentaries and live town meetings for the Discovery Channel.

He was executive producer of CNN’s Sunday morning programming from 2009-2011, overseeing "State of the Union" with Candy Crowley and "Reliable Sources" with Howard Kurtz. He moved to NBC News in 2011 to work as a producer on "Rock Center" with Brian Williams for three years.

Bettag previously served as the Kiefer Visiting Professor at the University of Notre Dame, his undergraduate alma mater, where he taught in the Journalism, Ethics and Democracy program. He holds an M.S. from the Columbia University Graduate School of Journalism.

Bettag works with student journalists and faculty on in-depth news projects. He also advises the college on curriculum and other broadcast initiatives.

The visiting fellowship was made possible by the generosity of the family of Philip Merrill, late owner of The Capital newspaper in Annapolis, The Maryland Gazette and Washingtonian magazine.