Here are the bios for the terrific group of 14 Howard Center for Investigative Journalism fellows at the University of Maryland's Philip Merrill College of Journalism. 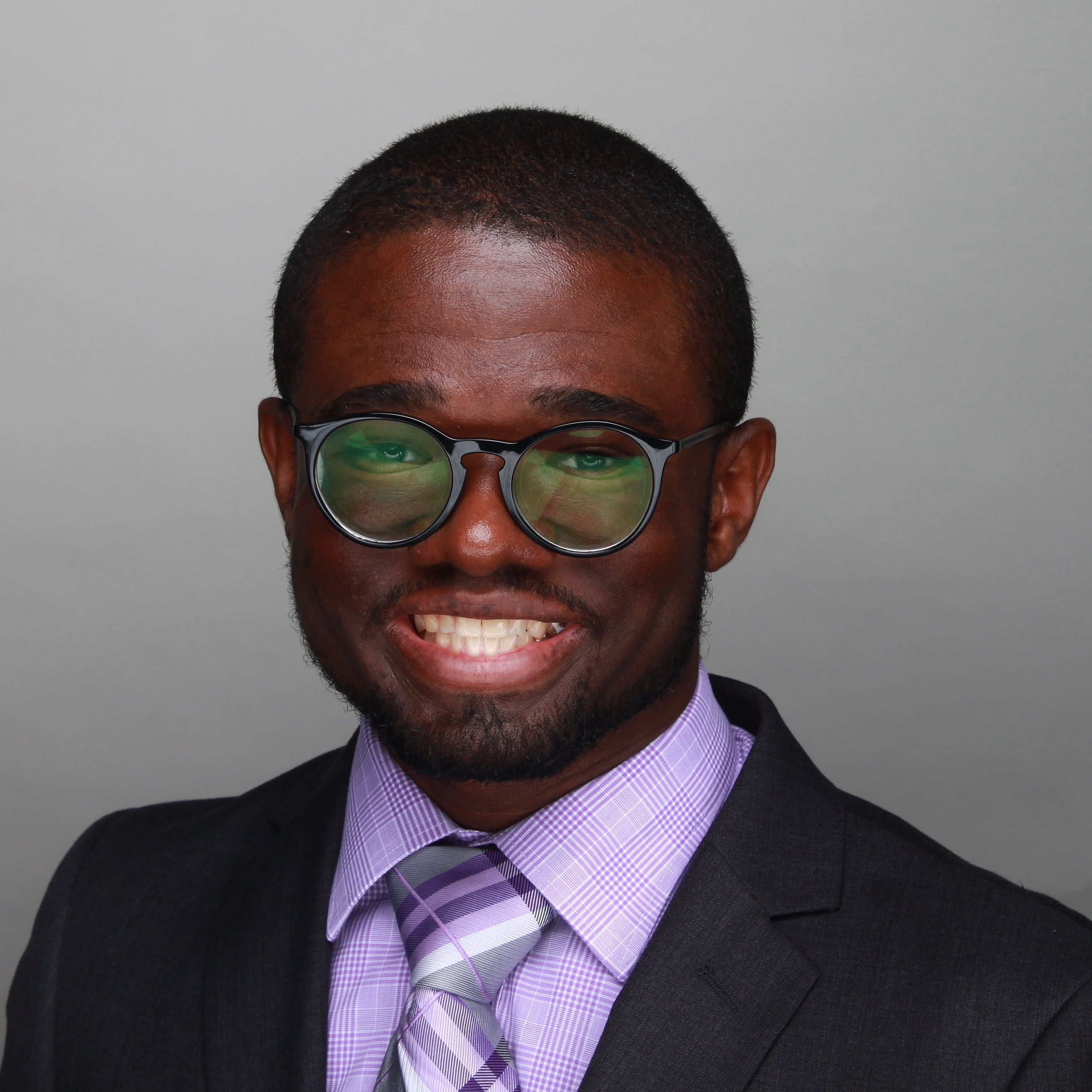 Torrence Banks is a 2021 graduate of Morehouse College with a bachelor’s degree in English and a minor in Journalism and Sports. At Morehouse, he served as the managing editor and news editor of the college’s newspaper — The Maroon Tiger. In the summer of 2020, Banks worked as a sports fellow with NBCUniversal, where he assisted with an episode of NBC Sports’ "Sports Uncovered."

Last summer, he wrote a story about a lynching that occurred in Tallahassee, Florida, in 1909 for the Howard Center’s “Printing Hate” project. In the fall of 2021, he started working full time with WSMV4 in Nashville as a digital content producer. This summer, he is working with the Miami Herald as part of the Ida B. Wells Society for Investigative Reporting's internship program.

In the future, Banks plans to pursue a career in journalism and media relations. He believes that investigative journalism is a powerful tool that can be used to dispel myths and provide justice. He looks forward to working with the Howard Center For Investigative Journalism to enhance his investigative reporting and storytelling skills. 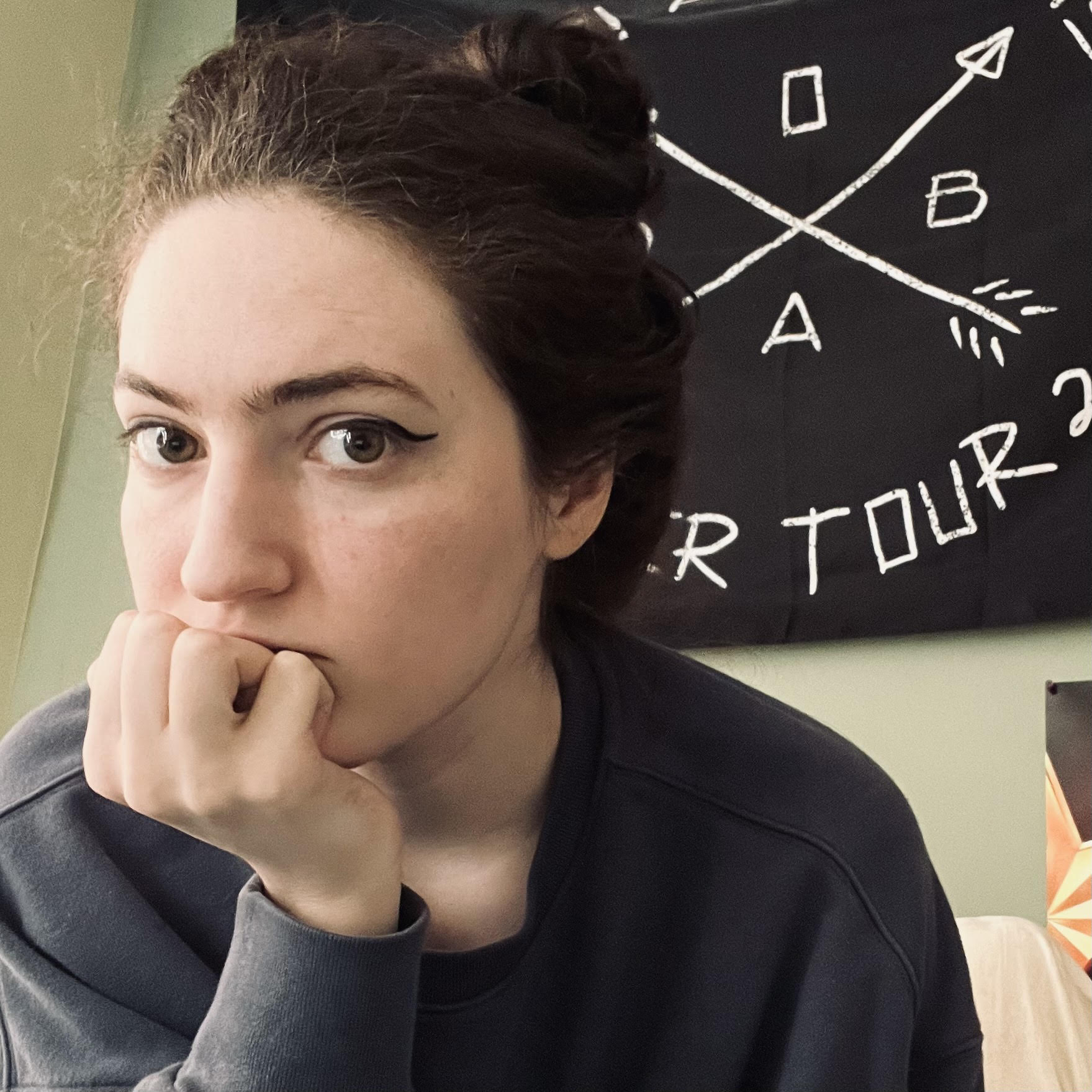 Lyna Bentahar is a graduate student from Rockville, Maryland. She earned her mechanical engineering degree at the University of Maryland while working freelance at the former Montgomery County Sentinel and Prince George's County Sentinel, gaining experience as a writer, in coding and in general problem-solving.

With this fellowship, she hopes to build on her past experience to become a more well-rounded journalist. 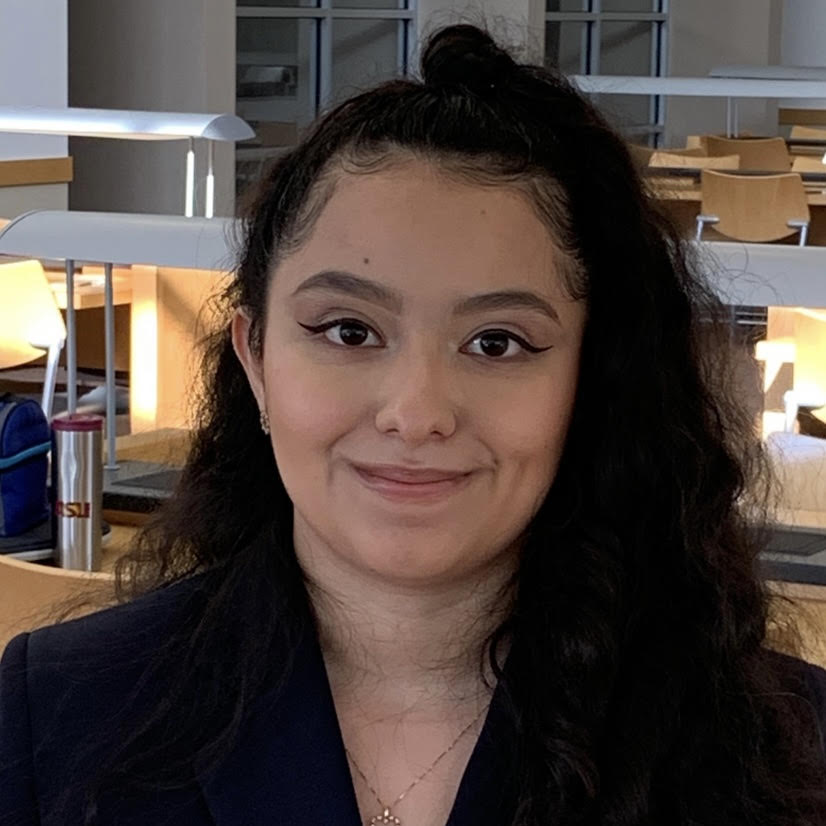 Marianeli De Leon is a first-generation Guatemalan American raised in Kensington, Maryland. After tragedy stuck her family in 2009, De Leon swore to seek justice and to assist underprivileged communities in any way she can.

She started her journalism career when she became a staff writer for one of Montgomery College's news outlets, The Advocate. She obtained her Associate of Arts in Communication Studies in 2019. She transferred to The Universities at Shady Grove as part of the University of Maryland's communication program, and become a blogger for the student blog, Around the Grove. She soon obtained her bachelor's degree in Communication. 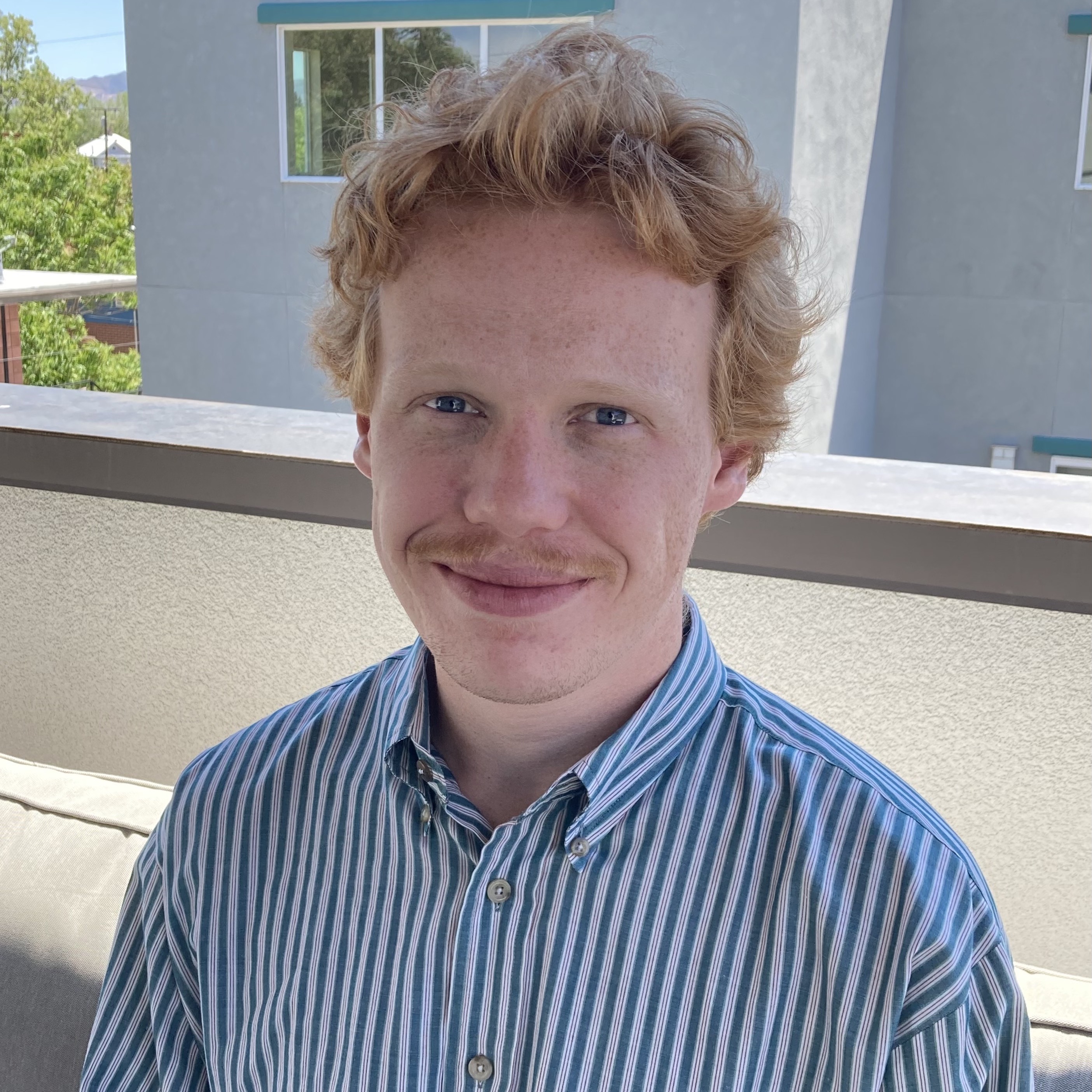 Emmett Gartner is an environmental reporter from Annapolis, Maryland, who graduated with a B.A. in Environmental Studies from the University of Vermont in 2020. As an undergraduate, he wrote and edited for the university’s environmental publication, Headwaters Magazine, and wrote for weekly newspapers across Vermont.

Gartner's experiences outside of journalism have brought him even closer to the stories he covers. In the summers of 2018 and 2020, he worked for the U.S. Forest Service in Oregon’s Mount Hood National Forest and witnessed firsthand the impacts of climate change and wildfire on the country’s western landscape. Similarly, in the summer of 2019, he interned for the National Oceanic and Atmospheric Administration on Maryland’s Eastern Shore, and helped expand climate-change curriculum for Maryland public-school teachers through lessons in environmental storytelling.

Gartner looks forward to sharpening his investigative reporting skills at the University of Maryland and hopes his work at the Howard Center tackles these complex environmental issues in a way that is engaging and useful for those most impacted by them. 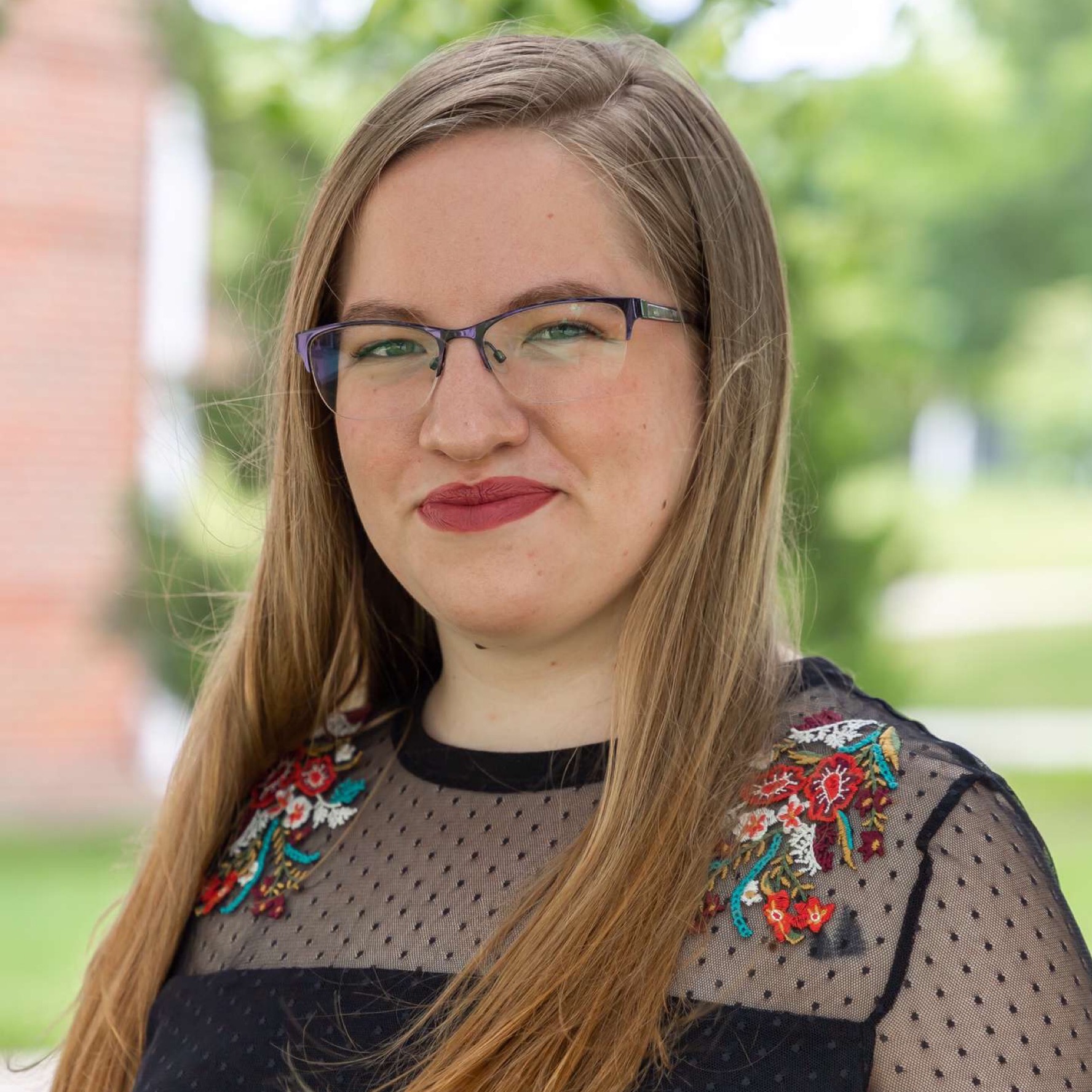 Destiny Herbers is a second-year graduate student from Roscommon, Michigan. She graduated from Alma College in the spring of 2021 with a B.A. in Communication with emphasis in Political Science. During her time at Alma, Herbers focused on international policy issues relating to climate change and public health, and completed teaching internships in Sierra Leone and India. During her travels, she was moved by the incredible untold stories she found and came to care deeply about giving a voice to the voiceless.

She plans to pursue investigative journalism as a way to combine her passions for politics and storytelling to bring to light issues of social justice and hold accountable those in positions of power to work toward a more just society. 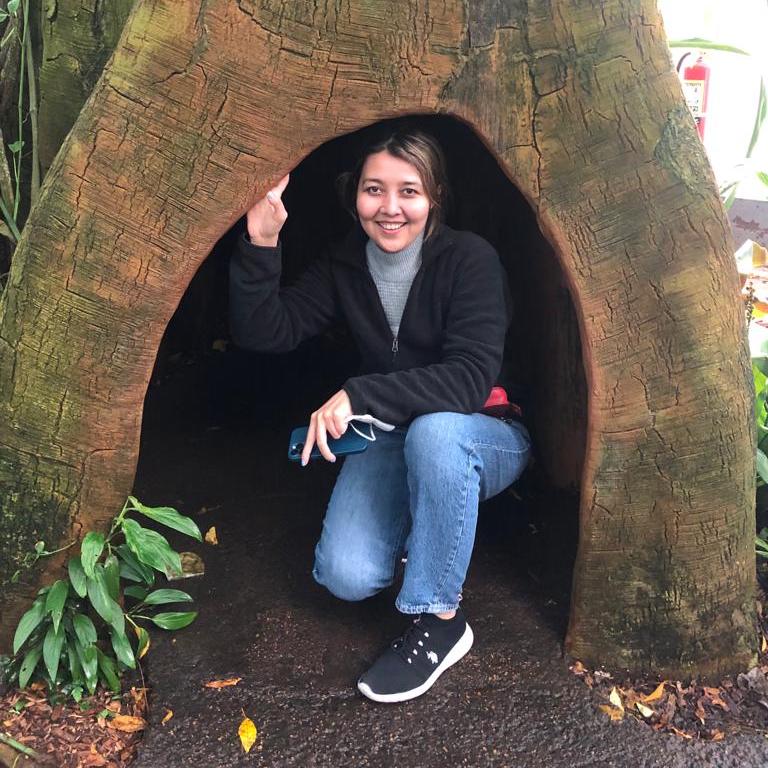 Fatema Hosseini is a journalist and a first-year graduate student from Bamyan, Afghanistan. She received her bachelor of Liberal Arts from the Asian University for Women in Chittagong, Bangladesh, with a major in Politics, Philosophy, Economics. She returned to Afghanistan in 2019 and began working as a journalist for Etilaat Roz, a major Afghan newspaper based in Kabul. In April 2021, she began to write on a freelance basis for USA Today, despite the difficult climate for women reporters in Afghanistan. Hosseini fled Afghanistan in August 2021 when the Taliban took over the capital of Kabul after the withdrawal of U.S. troops.

She has chosen to pursue her master's in Journalism at the University of Maryland to illuminate corruptions, discriminations and inequalities, and persecution of Hazaras and other minor ethnicities in Afghanistan. Hosseini is eager to learn and boost her skills in reporting, writing and investigating by exchanging her knowledge and experiences with her classmates and teachers, and to learn from them as well. 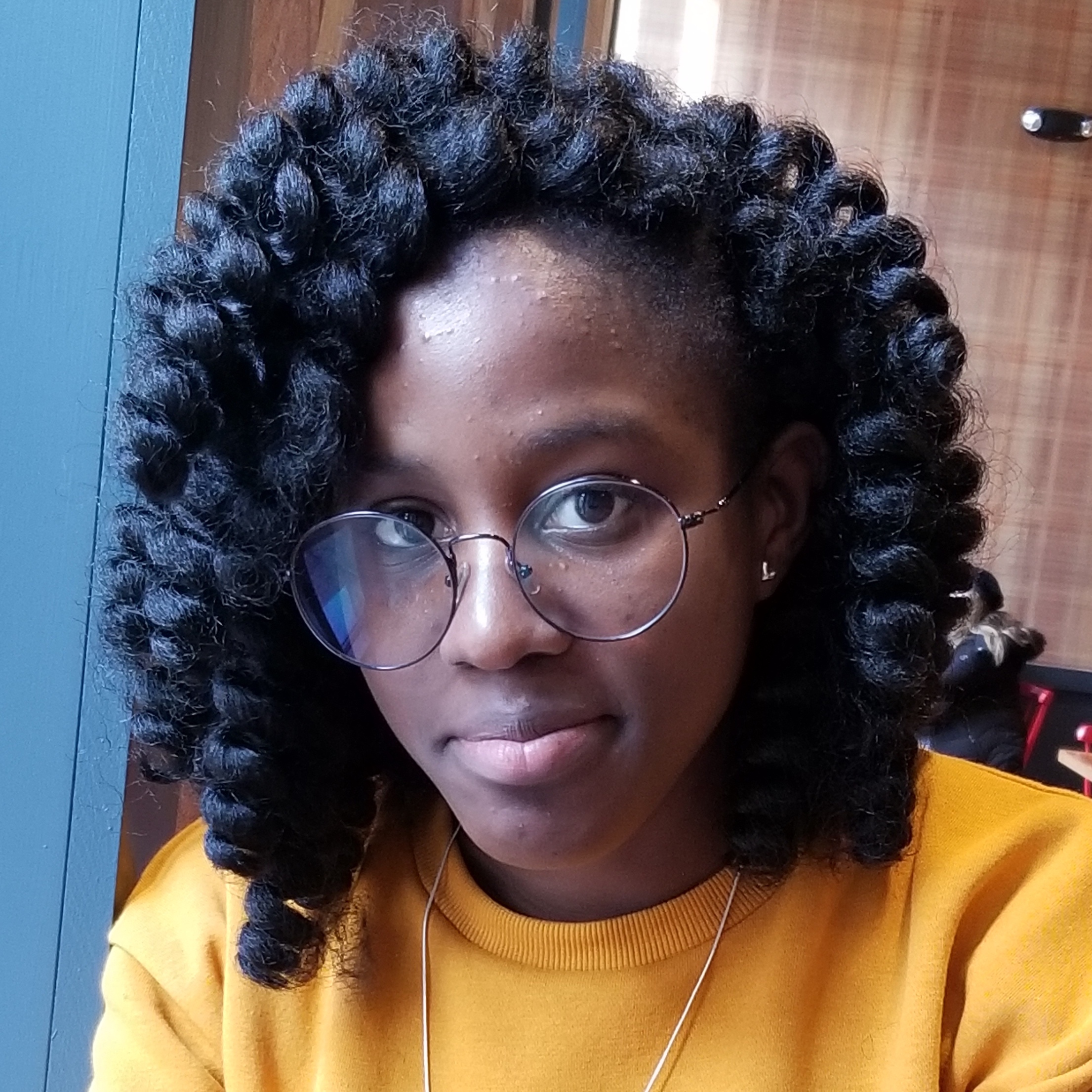 Victoria Ifatusin comes from Staten Island, the forgotten borough of New York City, but has an interest in journalism that originates from her four-year stay in Nigeria. After witnessing the corruption of government, politics and political enforcement such as police, and seeing the impact it had on Nigeria's citizens, Ifatusin had an undying desire to uncover their acts and tell untold stories. Since then, she decided she was going to become an investigative reporter.

After coming back from Nigeria in 2015 and completing her last year of high school, Ifatusin began learning about journalism at the CUNY College of Staten Island. Four years later, she graduated with a Bachelor of Science in Communications: Journalism, and had the opportunity to intern at the Staten Island Advance, The Brooklyn Reader, SiriusXM and more. Today, Ifatusin works as a breaking-news freelancer for the Staten Island Advance, and hopes to become an investigative reporter who focuses on uncovering and explaining corruption in social systems. In her free time, she enjoys meeting various people, learning about new things and places, and skateboarding. 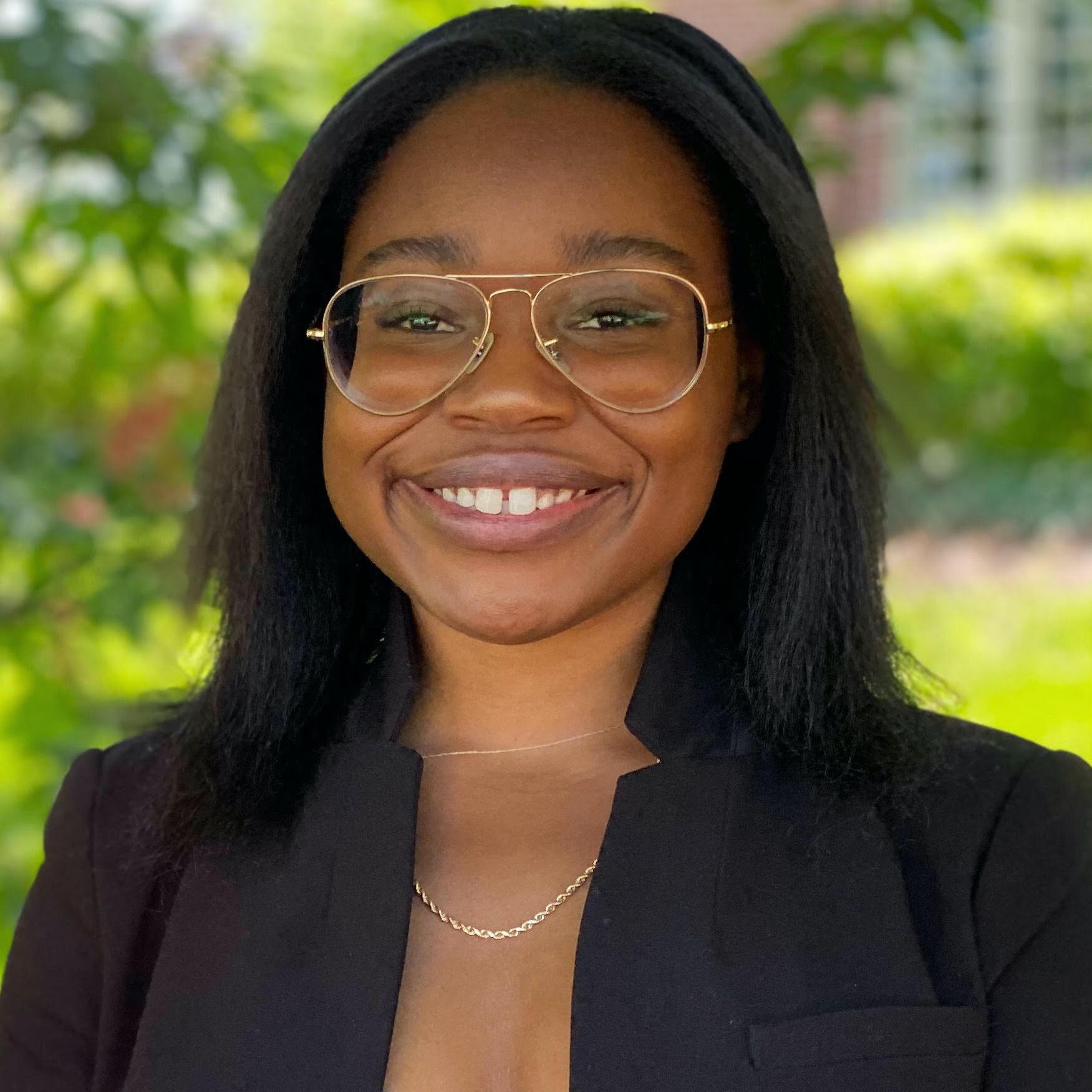 Born and raised in South Florida, Tatyana Monnay was always fascinated by the world of journalism. As the daughter of a journalist, Monnay grew up in the newsroom. Since then, she’s been building hard skills in research, audience engagement, and multimedia producing and editing. Monnay pursued a bachelor's degree in Journalism with an emphasis in Multimedia Investigative Reporting at the Missouri School of Journalism.

In the newsroom, Monnay explores her passion for multimedia storytelling and expanding the reach of stories through innovative audience-engagement strategies. Coming from a family of Haitian immigrants, Monnay understands the fundamental importance of a free press and holding people and institutions accountable. When she’s not looking for trends in data and her eyes aren't blurry from doomscrolling on Twitter, Monnay likes to take time to disconnect and deepen her yoga practice. 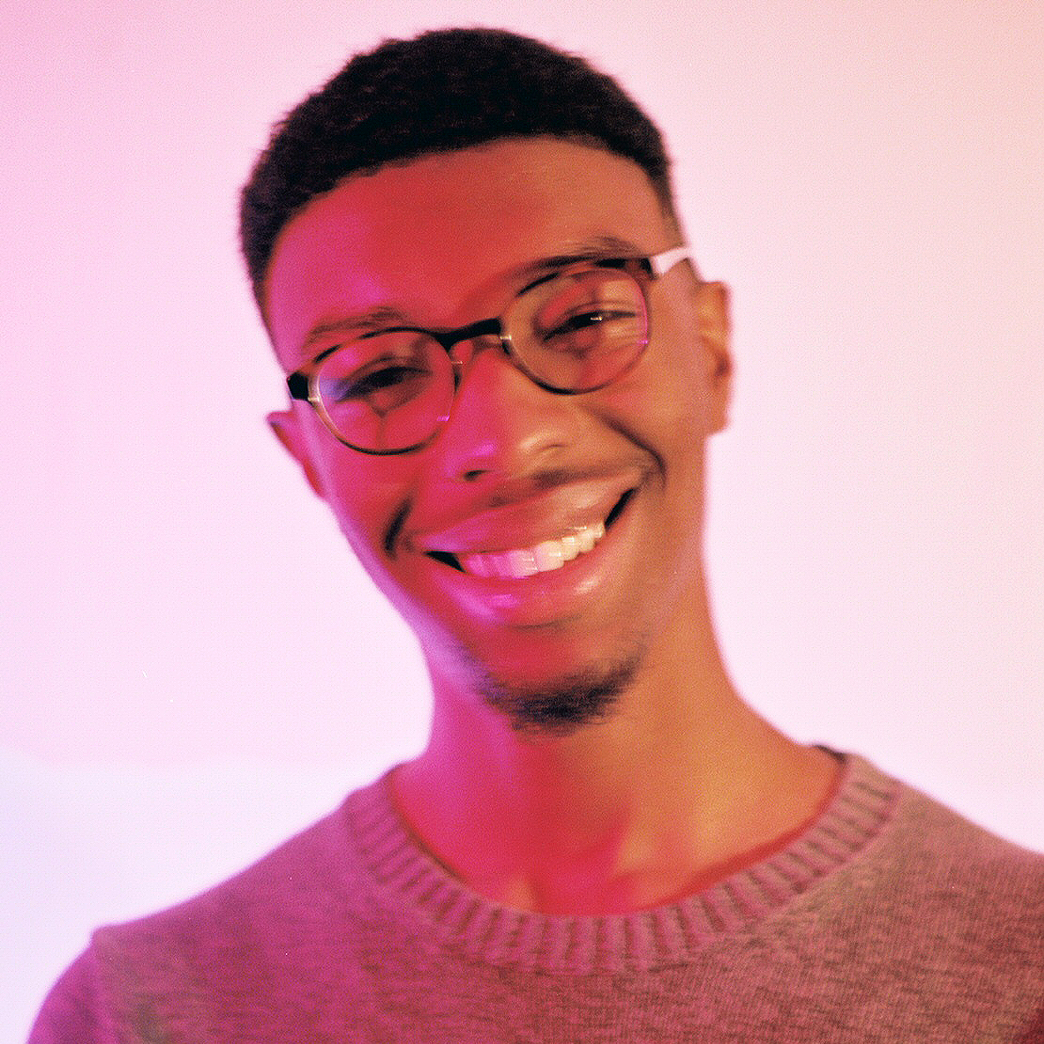 Greg Morton is a first-year graduate student and data reporter from Prince George's County, Maryland. His passion for journalism grew out of a desire to help people understand the invisible forces that govern so many facets of our lives. The pursuit of that understanding led him to an economics degree, which he earned from Howard University in 2021. There, his studies focused primarily on inequality and data analysis.

While at Howard, Morton worked as a freelancer for Strikewave, an independent labor publication, where he got the opportunity to tell stories about both the state and history of the labor movement in America. At Strikewave, he wrote stories about the history of the organized labor movement in the NBA and the COVID recession's impact on the already-tenuous situation faced by Alaska's public school teachers.

Morton also worked with ProPublica's data and newsapps team as an intern, and later as a freelancer, assisting with data analysis on a number of long-term investigative projects.

At the Howard Center, Morton hopes to file lots of FOIAs and focus on further strengthening his data analysis, investigative and data-visualization skills in the hopes of becoming a reporter equally adept at covering data and the human stories behind them. 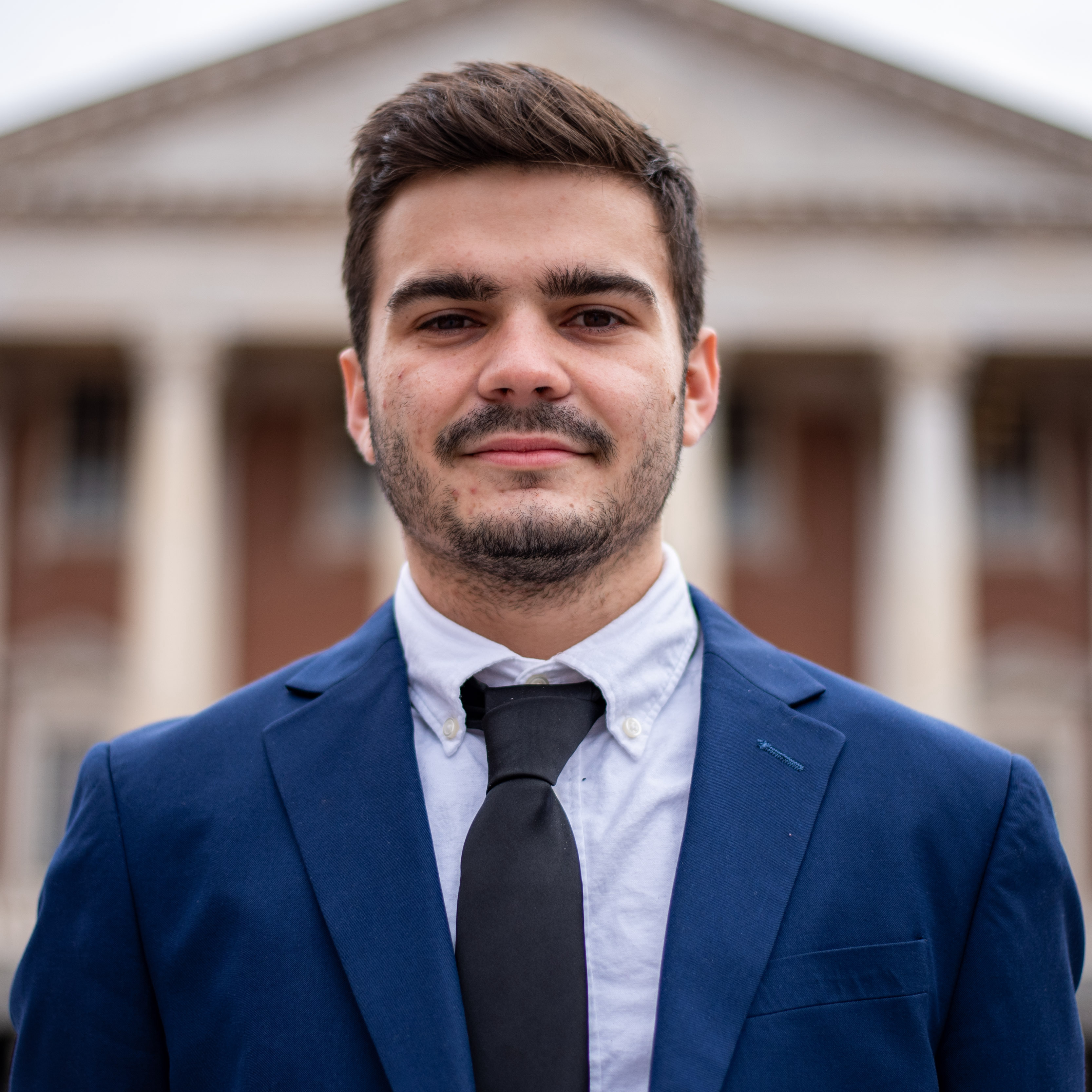 Stephen Neukam is a politics reporter from Kent County, Maryland, who graduated with a B.A. in Journalism and Political Science from Rider University in 2020. He is in his second year of graduate school at the University of Maryland's Philip Merrill College of Journalism. As an undergraduate, he served as the executive editor of Rider's student-run newspaper for two years. He won the Society of Professional Journalists' national collegiate award for in-depth reporting in 2020.

His experience includes covering Congress for The Hill and Maryland state government for Capital News Service. While covering Maryland politics, he wrote about environmental legislation and the 2022 gubernatorial race. He has also contributed to a number of Howard Center investigations, ranging from data work, data visualization, writing and fact checking. 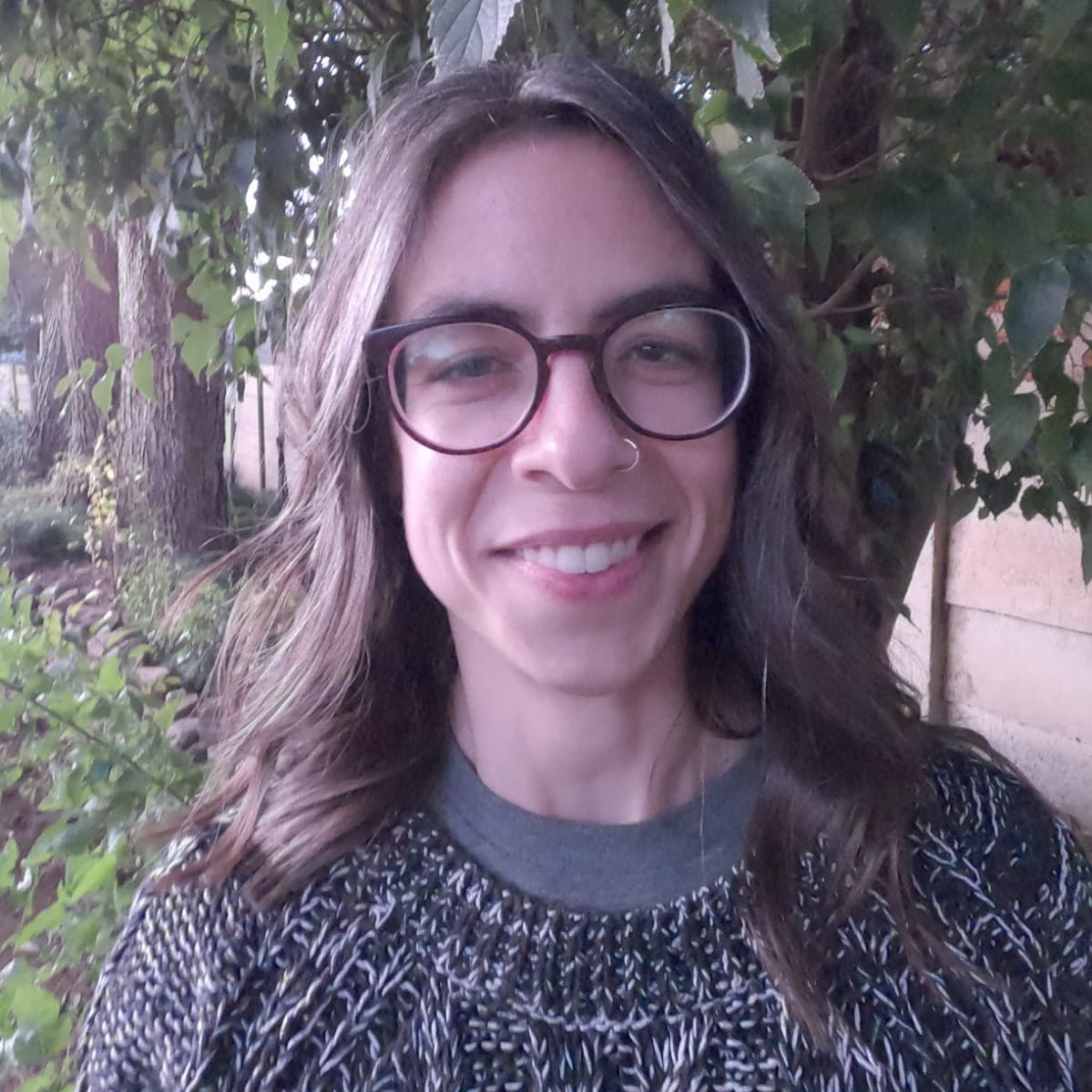 Stephanie Quinn is a first-year graduate student from Frederick County, Maryland. She developed a deep affinity for research and writing as a doctoral student and later postdoc working on the history of migrant labor, decolonization and political claim-making in urban Namibia during apartheid. She spent many happy hours in Namibia and South Africa showing up at offices, houses and homesteads, asking questions, sifting through archival documents, and looking for the stories that illuminate structures of inequality and movements for a more equitable society.

As a journalism student and Howard Fellow, Quinn looks forward to applying investigative techniques to tell stories that will reach broader audiences and help hold the powerful accountable. She is also excited to learn to use new tools and platforms for data analysis and storytelling. In her free time, she enjoys cultivating her chill through yoga, hanging out with dogs and playing her clarinet in ensembles. 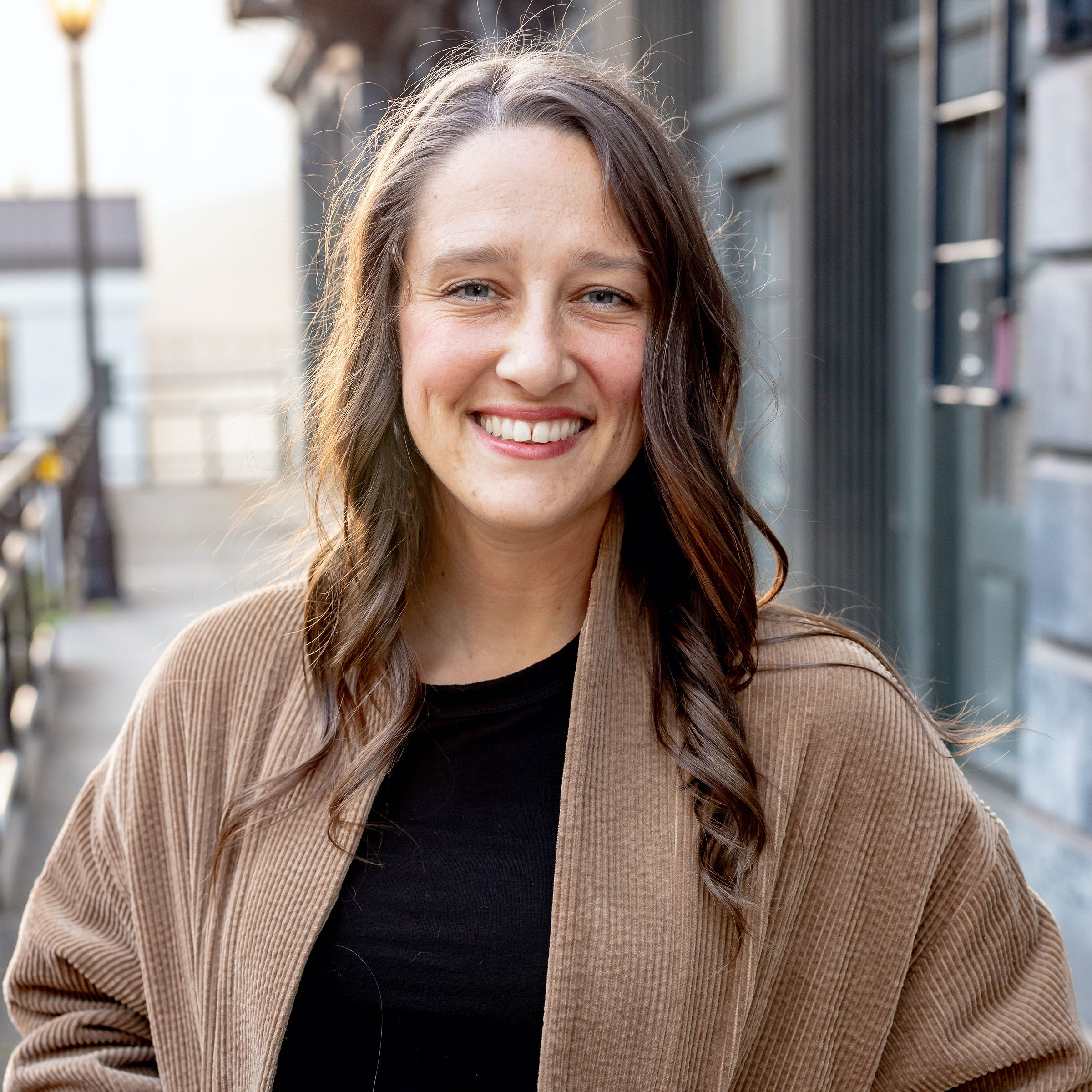 Eve Sampson is a second-year graduate student. She received her Bachelor of Science in Psychology from the United States Military Academy at West Point before commissioning in the U.S. Army as an Engineer Officer. After a deployment to Syria and Kuwait, she was inspired to pursue journalism as a way to share the incredible stories she heard and the events she witnessed.

Sampson is committed to the pursuit of investigative journalism as a means to illuminate inequalities, injustices and conflict worldwide. She is excited to develop her skills as a journalist and learn from her teachers and peers at the University of Maryland. 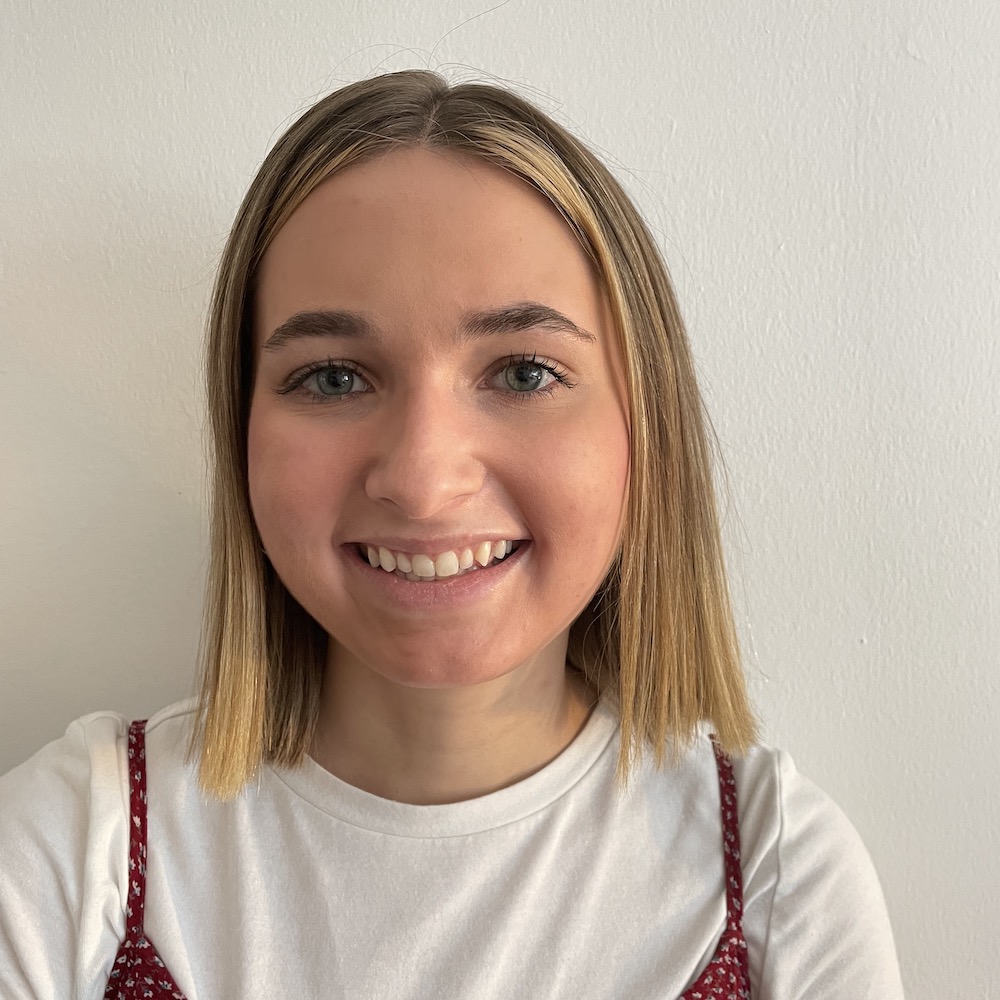 Sarah Siock is a first-year graduate student from Doylestown, Pennsylvania. In the spring of 2022, she received a bachelor’s degree in Journalism from Rider University. At Rider, Siock was dedicated to the university’s student newspaper, The Rider News, and served as the paper’s executive editor for the 2021-22 school year. During her undergraduate years, she wrote about Title IX allegations against faculty members as well as Rider’s financial straits. She also completed internships at local newspapers in her home county.

All of Siock's past journalism experiences have led to her passion for storytelling. She recognizes the power of investigative journalism as it aims to shine a light on social injustices. She is looking forward to developing her investigative reporting skills as a Howard Fellow. 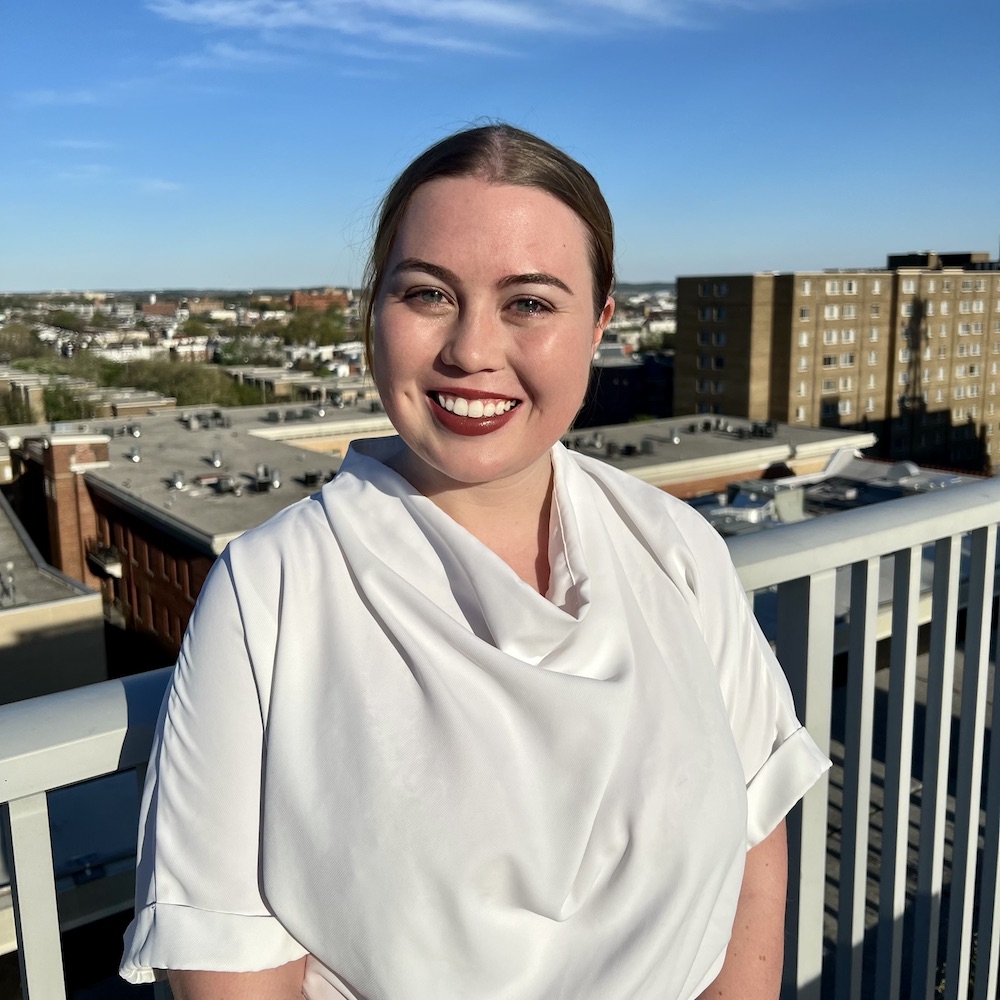 Abby Wallace is a first-year graduate student and environmental journalist from Pittsburgh, Pennsylvania, with some West Virginian roots. She graduated from The George Washington University in the spring of 2021 with a Bachelor of Science in Biology and a concentration in Ecology, Evolution, and Environment. Wallace double-minored in Sustainability and Journalism and Mass Communication. She studied clean energy, environmental science and wildlife ecology in Iceland, the Turks and Caicos Islands, Tanzania and Kenya.