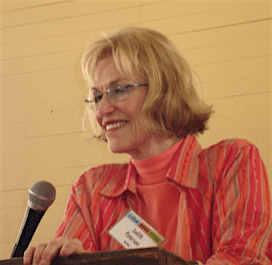 Judith Hillman Paterson taught writing, literature and women’s studies at Auburn University before launching a freelance writing career in Washington, D.C. She taught magazine writing and literary journalism at the Philip Merrill College of Journalism from 1984 to 2005.

She has published many articles in newspapers, magazines and scholarly publications. Her four books include the critically acclaimed childhood memoir, "Sweet Mystery: A Book of Remembering," which was published by Farrar, Straus & Giroux in 1996 and has been in paperback from the University of Alabama since 2001.

Paterson hosted and produced an interview show called “The Writer’s Tale” for UMTV from 2001 to 2005.

She lives in her hometown, Montgomery, Alabama, where she wrote a historical novel, "Daybreak in Alabama: a Novel of Race," which begins in 1800 and ends in the 1960s. She occasionally teachers a writing course for the Osher Lifelong Learning Institute at Auburn University.