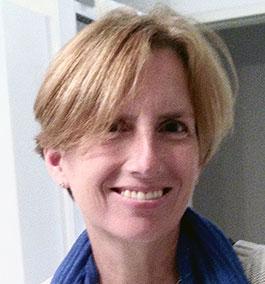 Susan Moeller is the director of the International Center for Media and the Public Agenda (ICMPA), an academic center that forms a bridge between Merrill College and the University of Maryland School of Public Policy. She is professor of media and international affairs at Merrill College and an affiliated faculty member at the School of Public Policy.

In 2008, Moeller was the recipient of two major awards: a Carnegie Scholar Award from the Carnegie Corporation of New York, a $100,000 grant for research and writing on how media report on the intersection of Islam and terrorism; and the State of Maryland Board of Regents Teaching Award, which recognized Moeller both for her work in the university classroom and for her work in helping to found a new global education program, the Salzburg Academy on Media and Global Change, where she is the co-director and lead faculty member.

Moeller’s center launched the three-week-long summer academy together with the Salzburg Global Seminar, an independent, nongovernmental organization based in Austria. Over a dozen faculty and 60 students from five continents gather in Salzburg to jointly consider how media literacy can nurture good governance, corporate accountability and economic development — and to create online lessons that allow them to bring their insights back to students at their home institutions. By centering the academy experience around the writing and construction of an online curriculum for global media literacy, the program now engages not just the 60 students who come to Austria but the thousands at the 15 or so participating universities who cannot. Universities across the world are using some or all of the academy’s curriculum to teach their students to raise some of the most critical questions that citizens can ask: “How do the news media affect our understanding of ourselves, our societies, our politics?” “How can we use media to better cover global problems and to more comprehensively report on possible solutions?”

Moeller’s latest book, "Packaging Terrorism: Co-opting the News for Politics and Profit" was released early in 2009 by Wiley-Blackwell in the U.S. and the U.K.; it is the first in a new series from the International Communication Association (ICA). Also author of "Compassion Fatigue: How the Media Sell Disease, Famine, War and Death" (Routledge) and "Shooting War: Photography and the American Experience of Combat" (Basic Books), Moeller was formerly the director of the Journalism Program at Brandeis University for eight years. Moeller has also been a fellow in the International Security Program and at the Joan Shorenstein Center for the Press, Politics and Public Policy, both at the Kennedy School of Government at Harvard University, and twice a Fulbright Professor in international relations, in Pakistan and in Thailand. She taught for three years in the history department at Princeton University, and for a year at Pacific Lutheran University.

ICMPA, under Moeller’s direction, conducts studies of global media coverage of international news. As an individual researcher, Moeller has authored numerous major media studies, including “Media Coverage of Weapons of Mass Destruction” (NSF-funded study through the Center for International and Security Studies, University of Maryland), and “Government, Media and Human Rights” (International Council on Human Rights Policy, Geneva), and has written on topics related to media and public policy for journals such as The Harvard International Journal of Press-Politics, the Journal of International Affairs, Nieman Reports, YaleGlobal, the American Journalism Review, for the online editor’s blog “Passport” of Foreign Policy magazine, for the World Bank’s Communication for Governance & Accountability Program (CommGAP) blog, and for Huffington Post.

Moeller consults on issues relating to media, media literacy, terrorism and conflict for such institutions and organizations as the Salzburg Global Seminar, the World Bank, UNESCO, the United Nations Alliance of Civilizations, the World Association of Newspapers (WAN), Chatham House, the Conflict Prevention and Crisis Management Unit in the External Relations Directorate General of the European Commission in Brussels, the International Committee of the Red Cross, Save the Children and World Vision. She is a frequent speaker at universities around the world, including Harvard, Yale, Columbia, Berkeley, Tsinghua and the London School of Economics.

Moeller is a regular commentator in the media. She has been interviewed on Nightline and ABC News, CNN International, the Lehrer NewsHour, Fox and NBC, and on radio programs on NPR and Public Radio International [PRI], etc. She has written for or been quoted in such U.S. newspapers and magazines as The Atlanta-Journal Constitution, The Baltimore Sun, The Boston Globe, The Dallas Morning News, The Los Angeles Times, The Miami Herald, National Journal, Newsday, The New York Times, The Seattle Times, The Washington Post, etc. She has also been interviewed or quoted in such international news outlets as ABC (Australia), the BBC, CBC-TV (Canada), The Age (Australia), Berliner Zeitung (Germany), City Weekend (Beijing English paper), The Daily Times (Pakistan), Dawn (Pakistan), Deepikaglobal (India), El Pais (Spain), The Guardian (UK), Khaleej Times (UAE), Le Monde (France), La Nación (Colombia), The Toronto Star (Canada), etc. Moeller was on contract as a commentator for the BBC World Service during the Iraq War.

Moeller received her Ph.D. from Harvard in the History of American Civilization, her A.M. in History, also from Harvard, and her B.A. from Yale University, where she was selected as a Scholar of the House in the field of “Politics and Arts.”