COLLEGE PARK -- Dr. Sarah Oates, a Professor and Senior Scholar at the University of Maryland Philip Merrill College of Journalism, has been named one of the university’s six 2021-22 Distinguished Scholar-Teachers, UMD Interim Senior Vice President and Provost Ann Wylie announced. 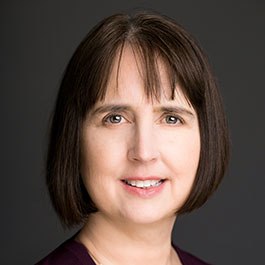 Oates is the first Merrill College faculty member to be honored as a Distinguished Scholar-Teacher. The program honors members of the University of Maryland faculty who have demonstrated outstanding scholarly achievement as well as outstanding accomplishments as teachers.

It recognizes those who serve as models of excellence for the faculty of a top research university. A panel of former Distinguished Scholar-Teachers selected the winners.

The nominating letter from Merrill College Dean Lucy Dalglish and Professor Emeritus Kevin Klose illustrated the depth of Oates’ research and her ability to use it in the classroom. It also lauded Oates for her role in the college’s transition to teaching virtually during the COVID-19 pandemic.

Oates organized mentoring sessions for faculty, paired veteran online teachers with those new to it, created support teams for skills courses to provide backup in case a teacher became ill and created a virtual teaching website for Merrill faculty.

“Dr. Oates used her natural leadership skills to transform Merrill College’s teaching. She has been persistent in helping her colleagues learn to teach online, coaching them individually and in groups,” Dalglish said.

“Sarah is an energetic, perceptive classroom teacher. At every turn, she raises the bar and coaxes our faculty and student body to perform at a higher level. It is rare for someone who is a brilliant scholar to also be one of the best teachers on campus. We are indebted to Dr. Sarah Oates.”

As a Distinguished Scholar-Teacher, Oates will receive $5,000 to support instructional and scholarly activities and will have the opportunity to make a public presentation during the 2021-22 academic year on a topic of scholarly interest.

She also may be invited to share her expertise through participation in various programs during the award year and beyond.

Oates is a scholar in the field of political communication and democratization. A major theme in her work is the way in which the traditional media and the internet can support or subvert democracy in places as diverse as Russia, the United States and the United Kingdom. She also is the research director for the college and an affiliate professor in the UMD iSchool and the Department of Communication.

Oates has published many books, articles, chapters and papers on topics including how the internet can challenge dictatorship, how election coverage varies in different countries and how national media systems cover terrorism in distinctive ways. Her current work focuses on detecting foreign disinformation in social and traditional media.

Before embarking on her academic career, Oates was a journalist who published in outlets ranging from the Orlando Sentinel to The New York Times. She has lived, studied and worked in Scotland and Russia.